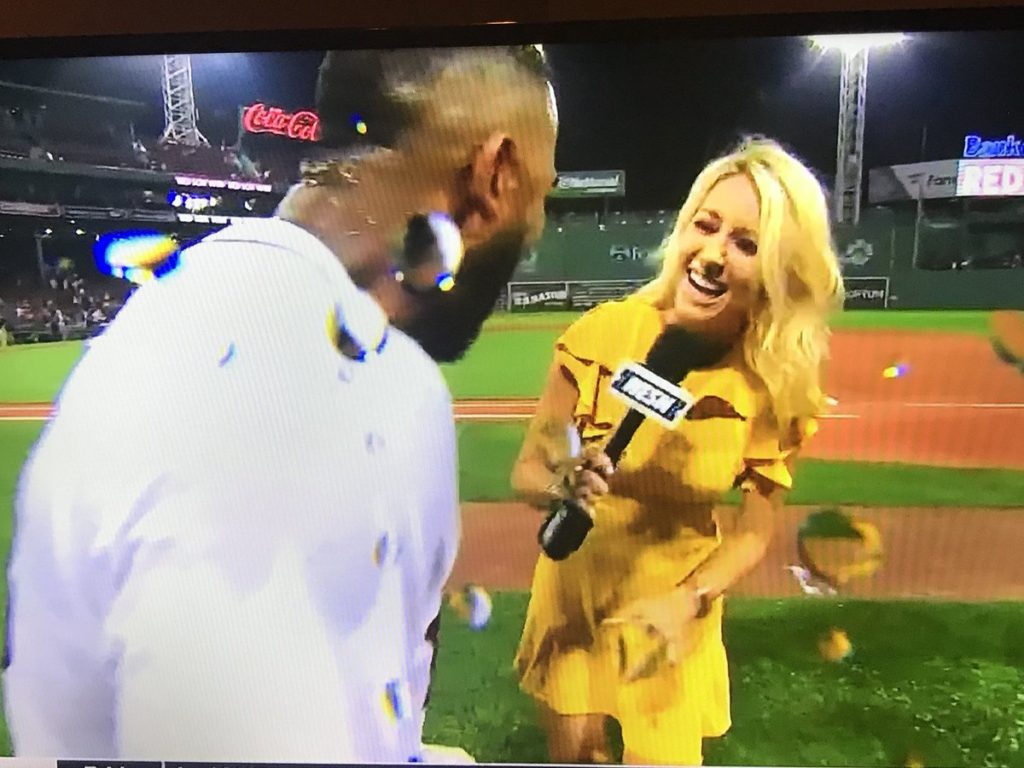 Open your windows. Better yet, go outside. Let that 100 degree Boston sun hit your face. Suck in all that fresh air. Drop to the ground and roll around on the grass (or the asphalt, or the rug at the Allston Dunks). Pick up last night’s unfinished beer and pour it over your Corn Flakes. Call that guy or girl with the Vampire Weekend shirt who you bumped into at the laundromat.

You need to live in the moment. Because the Red Sox are winning and every single experience needs to be savored.

As Boston Red Sox fans, we’re pre-programmed to expect the worst case scenario. We can’t have nice things; we need to find the poisonous underbelly. So when the Red Sox dropped a series to the Rays — the first time they’ve been swept this season, mind you — it was easy to see how rational fans could look at our best-record-in-the-league-and-built-to-destroy-everything-in-its-path team and conclude, “we’re fucked.”

But we’re not. The Red Sox have bounced back from that low point and swept a series with the Marlins. And I don’t care that it’s against one of the worst teams in baseball, a win is a win is a win is a win and everything counts when they’re tallying things up in October. Last night’s 11-run outburst in the seventh inning was extreme pornography and religious experience all rolled up into one, bookended by Mookie and Brock Holt dropping pelvic thrusts on the crowd that clearly impregnated everything from Fenway to Dedham.

mayor: how did every woman in Boston just get pregnant?

This morning, as they stand poised to collect their 100th win in early September, the Red Sox are the best team in baseball. Xander is coming alive. JBJ’s bat is showing signs of life. Mookie Magic has returned. Christ, even Nunez is looking like a difference maker these days. I could talk about the bullpen and Kimbrel and how we’re gonna need 11 runs an inning to lock down most wins. But why dwell on the negative? We’re going to to the postseason. We’re winning 100 games. Mookie Betts is the future Mayor of Boston.

Have another beer, let the sun shine on your naked ass, and enjoy the show.