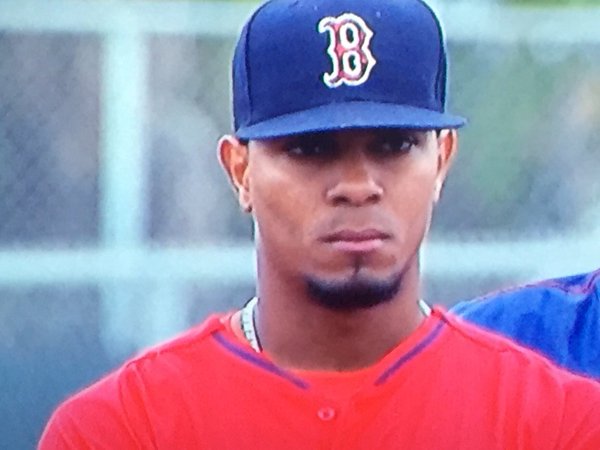 If you have any grounding in the classics, you know the hero has to take a few lumps before ultimate triumph. Batman has to lose Rachel Dawes. Spider-Man has to get his ass kicked by the alien symbiote. King Lear has to get bitten by radioactive wolves and lose the deed to his uncle’s deli. It’s all part of the plan.

Similarly, with the Red Sox officially christened as the 600 pound gorilla of the American League, you can’t just go in and roll over every other team with wild abandon. Because when people are talking about your team winning 100 games before the Independence Day parades, expectations skyrocket. Pressure builds. Fancy, forty-something bros on sports radio start asking questions like, “If they win 200 games but lose in the playoffs, is it a successful season?”

Who the fuck needs that kind of pressure? Not Alex Cora. So when he sees his team coming up against the team they’ll likely be facing in the MLB playoffs, with the entire universe calling it a preview of the 2018 ALCS, he knows he needs to do something to balance out the universe.

Am I saying that Cora willed his team to drop the first two games of a four game set with Cleveland? No. Am I saying he did not? No. Honestly, I have no bloody idea what the man is doing but I know that those two losses did more good than harm in the long run. Fans started to panic. Doubts were cast on their postseason aspirations. That world famous Boston sports fan negativity reared its head for a team that has a 9 game lead in their division. That’s the kind of balance we needed right now.

It’s also important to give the Indians and their fans a false glimmer of hope. Even if they drop today’s game, the world will be talking about how this Cleveland team came into our park and split a series with the best team in baseball. So maybe they don’t take that extra workout in late September. Maybe Francisco Lindor has that second helping of blueberry pie. Maybe Edwin Encarnacion hits the mini-golf course instead of the batting cages because those Red Sox pitchers just don’t inspire fear in him. Not sweeping the Indians may have hurt them more than they will ever imagine. And that’s just another example of Wizard Cora pulling the strings.

Of course, it’s also good that the Red Sox stepped it up to win last night’s game, as a reminder that they can tear into your ass with the best of them. It’s a statement, but not as strong a statement as sweeping them out of town would have been. You follow me? It’s subterfuge as a strategy, like that time back in the ’70s when Don Zimmer insisted that the team play Broadway show tunes and wear top hats during batting practice to make opponents think they’d “gone soft.” The subtle art of deception.

Speaking of which, while Red Sox Nation fawns over JD Martinez and Mookie Betts, clever people like me who talk loudly in restaurants know that Xander Bogaerts is this team’s secret weapon. When he hit two home runs last night, he basically cemented the fact that the world is sleeping on him and what he can bring to the table down the stretch. When we need it most, as September melts into fall and the postseason lights are upon us, look for X to be a major factor.

That is, if Alex Cora wants him to be.