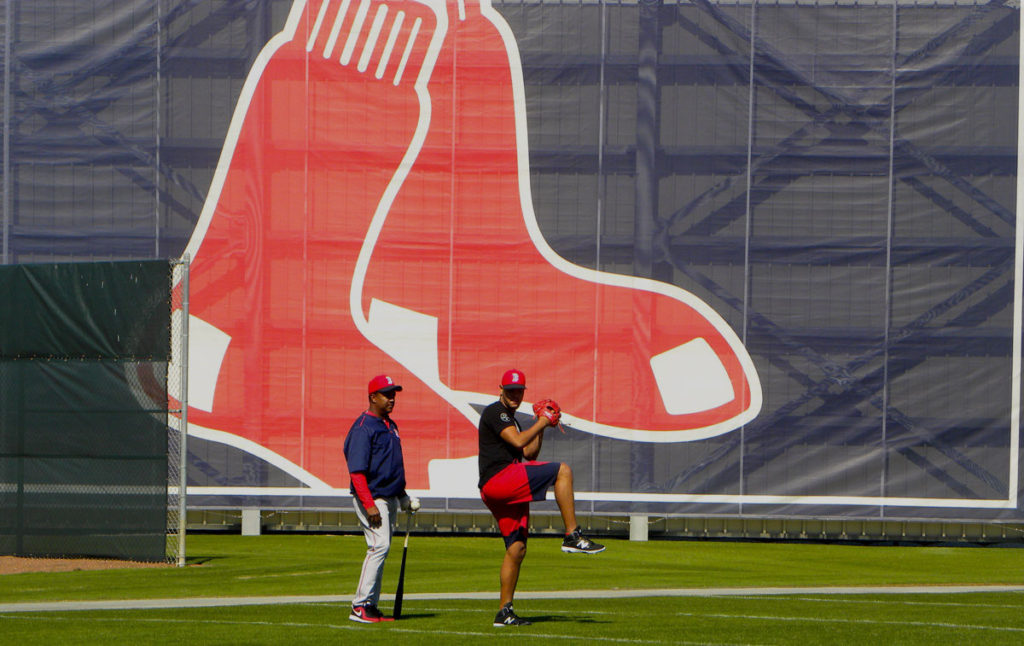 The Red Sox pulled off an impressive feat in 2017, winning the American League East for the second season in a row, something that hasn’t been achieved since the competition moved to a division format back in 1969. With 93 wins under their belt, it can hardly be said that the team had a bad campaign. However, crashing out of the play-offs at the division series stage was a disappointment and it cost John Farrell his job. Also, my depression-fueled drinking landed me in a Cuban prison camp for six weeks. Not recommended.

Alex Cora now has the job of improving on the recent indifferent play-off record, and this won’t be easy. The Red Sox will once again be among the prominent contenders in early-season to win the World Series, but the Yankees will be strong again, and both the Astros and the Dodgers can be expected to make another strong challenge.

One reason for optimism is the comparative youth of the Boston roster. Last season, six of the team’s regular starters were aged 27 or under, and this suggests that the overall performance level has the potential to rise. For Red Sox fans, one of the highlights of spring training will be watching the younger players in the line-up to see how they’ve progressed in the off-season.

While this abundance of youth is a great asset to the Red Sox, it’s fair to point out that the Yankees, the Indians, and the Astros are also young teams, and they can all be expected to improve this season, which should make the American League even tougher.

What might help the Red Sox is the arrival of a power hitter. It will be tough to make room for such a player, given the form of the youngsters in the line-up, but it would help to correct an obvious deficiency. The Red Sox finished 26th in slugging percentage and 27th in home runs last season and a player like J.D. Martinez would solve the problem of their lack of power. Martinez would also boost their level of production against left-handed pitchers, and combined with small improvements from the other core members of the line-up, bringing in a Martinez-type player could put them over the top and into the World Series.

The ongoing pursuit of Martinez will be one of the features of the spring, though other targets could include the likes of Cleveland’s Carlos Santana and Jay Bruce. However, in the short term, the Red Sox line-up remains more or less the same as last year, and Red Sox fans who follow the spring training action will be looking for signs of form from key man Mitch Moreland, and will also be hoping that Hanley Ramírez recaptures his 2016 level of performance.

On the pitching front, the strong Red Sox starting rotation will be warming up in the Grapefruit League, and a strong showing in Florida from a healthy David Price would be immensely encouraging. Chris Sale, Rick Porcello, Drew Pomeranz, and Steven Wright will all be under the spotlight and the powerful-looking bull pen featuring Craig Kimbrel, Carson Smith and Tyler Thornburg will also be going through their paces.

The games against the Yankees on March 3rd and March 23rd are the obvious highlights of spring training, but there will be plenty of opportunity to assess the progress of the Red Sox against Divisional rivals the Rays, the Orioles, and the Blue Jays. Also of significance will be the five games against Central Division runners-up the Twins and the closing matches against last season’s National League Championship Series contenders, the Cubs.

Among the players who could take a step forward during spring training are Christian Vázquez, who will get the chance to try out as starting catcher, and a number of potential second-base stars, who will be hoping to shine in the absence of Dustin Pedroia, who is going to be out until May following knee surgery. Marco Hernández, Tzu-Wei Lin, veteran Brock Holt, and Deven Marrero will all be striving to impress at second base, and that fierce contest can only be good news for the season ahead in terms of roster depth.

While ultimately 2017 proved to be a minor disappointment, there is a great deal for Red Sox fans to be optimistic about in 2018. Spring training is a great opportunity for this young and improving side to make a statement of intent. Let’s hope that they can lay down a strong performance in Florida that will serve as the foundation of a successful season.

Previous post Who are Boston's Biggest Competitors for JD Martinez?