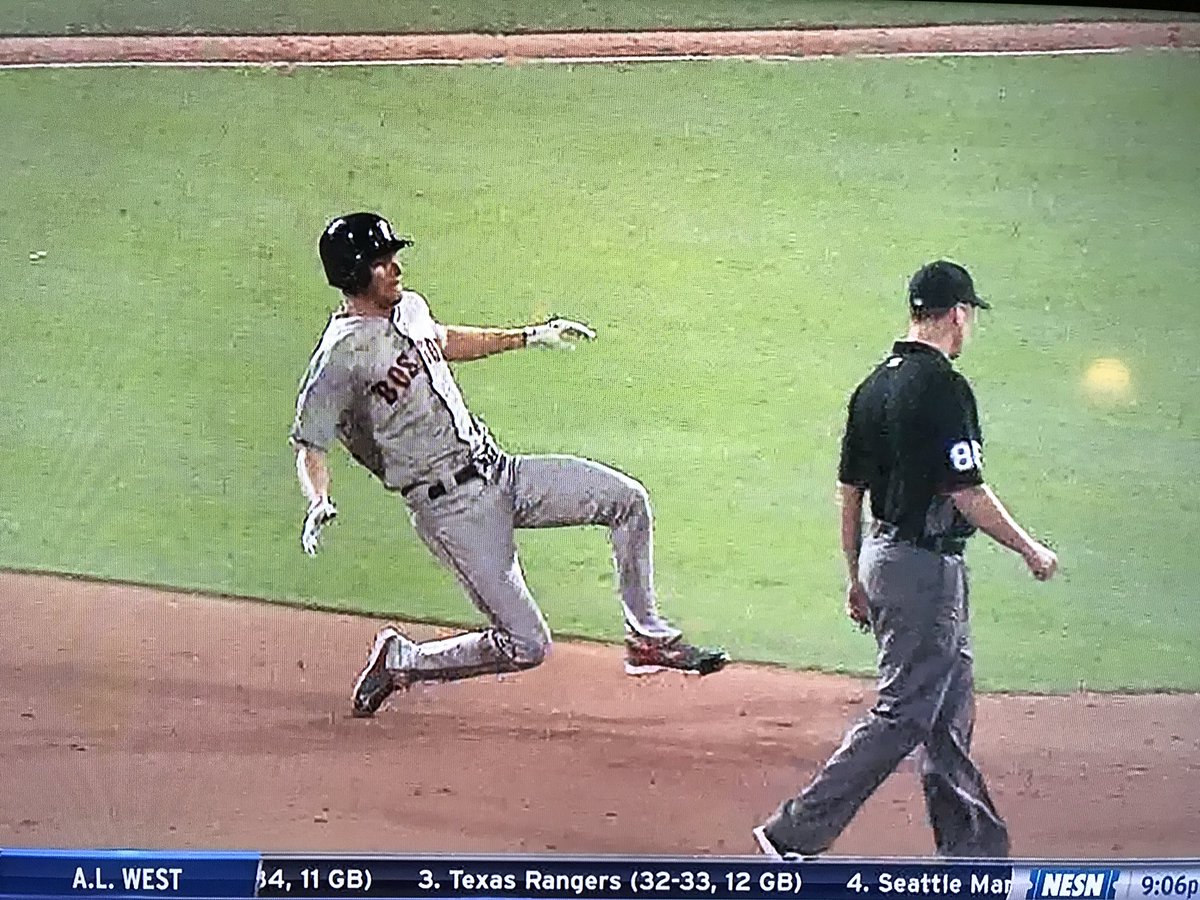 Remember whenever David Ortiz would lumber around first and start hauling ass to second base as the outfielder collected the ball? Remember the fear that would grip your chest as you saw that hulking body start to drop down into slide mode? Remember how 2004 flashed before your eyes, and you came close to puking up every last ounce of playoff hopes for the year?

I felt a little bit of that during tonight’s game, a wretched affair that saw Chris Sale tie the Phillies up in knots, only to have his offense leave him high and dry, dropping the game by a measly 1-0 score.

Coming into this series against one of baseball’s worst teams, you wouldn’t have been overstepping boundaries to predict a Red Sox sweep. But I certainly penciled in tonight’s game as a win. Chris Sale against the Phillies? Man, you pick the Sox seven days a week and twice on Sunday.

And Sale didn’t disappoint. Over 8 innings, he gave up only four hits and one run while striking out 10. Problem is, Nick Pivetta was just as good for the Phillies, holding the Sox to 4 hits and no runs through 7. All in all, it was a sad day for our offense, with the saddest moment coming when Pablo Sandoval, looking as helpless and hapless as he ever has in a Red Sox uniform, struck out on three pitches with the tying on board to end the game.

But let’s get to the game’s scariest moment. In the eighth, seeing that his teammates weren’t gonna do shit for him in the offense department, Sale took matters into his own hands, belting a double into the left field corner that, at least to my inebriated eyes, looked for a moment like it might leave the yard. Sale churned around first, and as he dropped that skinny frame into overdrive and then slide position at second, every fiber of my being seized up in fear, thoughts of torn ligaments and broken ankles flooding my brain.

Thankfully, Sale was fine. And his teammates’ reaction to his double was priceless.

Sadly, Sale was left stranded at third, setting us up for the latest disappointment from Sandoval. It was the game I swore we’d win and in many ways the one we definitely should have won. But once again, Sale was the hard luck loser. At least if he goes on a uniform-cutting spree these days, we’ll know what caused it.