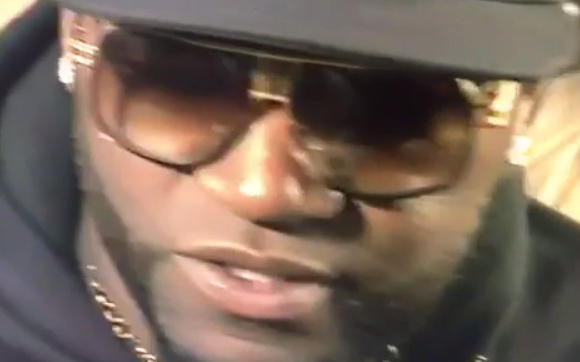 I’ll cut right to the chase: After a lackluster June, and taking on the lowly Angels, the Red Sox absolutely needed a win last night. To be honest, they need to sweep the entire series, but we’ll take one game at a time. The good news is that they pulled one off last night, with the help of suspects both usual (David Ortiz) and unusual (a fan).

First, Papi: In his final season, the man is tearing things up, to the point that the only guys on the team close to matching his stats are almost half his age (assuming we place trust in those Dominican “birth certificates”). Last night, The Large Father launched career home run 522 to pass Teddy Ballgame, Willie McCovey and Frank Thomas on the all-time list. The single run he drove in with that monumental homer turned out to be the difference in the game.

And this was a game the Sox had in the bag until the rain came. Steven Wright was cruising along until the rain affected his grip and control of the knuckler. Before the rain, he had the Angles off balance all night. Once it started falling, he went to pieces fast, loading the bases and giving up a grand slam in the sixth.

The good news is the Angels never took the lead, despite closing the gap to 5-4 with that granny. They almost tied the game in the ninth with two out and the tying run on first when old pal Daniel Nava corked a drive down the right field line that bounced up over the stands and was snagged by a fan for a ground-rule double. If he didn’t snag it, the ball almost certainly would have knocked around in the right field corner, allowing the runner on first to score. Usually I’m of a mind that anyone interfering with play should be cast out of Fenway with a good, solid nutkick, but in this case, the fan may have saved the game. Every replay I saw looked like the fan reached into the area of play to grab it; Angry Mike Scioscia thought so too, and demanded a review. But the umps ruled against interference, and the next batter grounded out to end the game.

So what could have been another blown Kimbrel save and potential loss to kick off July turned into a much-needed win. And I fully expect that fan to never have to pay for a beer at Fenway again.

Oh, and the Angels tried to squeeze on Koji. Heh.

Previous post You Know What Didn't Suck About the Red Sox in June? Xander Bogaerts.