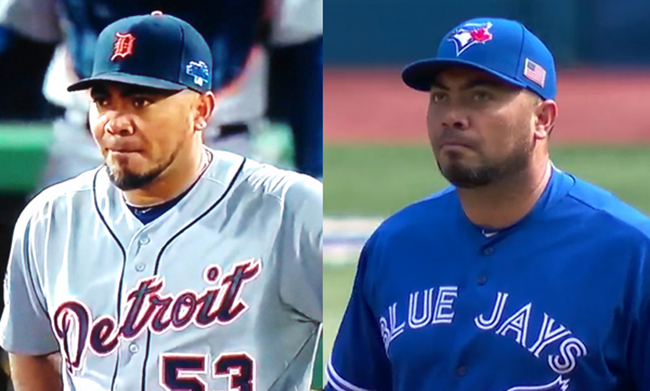 For me, the lasting image from yesterday’s win over Toronto, which enabled the Sox to take a 2 game lead in the east and showed those pesky Canadians who’s boss, wasn’t the revolving door of 18 pitchers or Pedroia’s continued offensive assault or Hanley’s massive 424 foot home run into the Rogers’ rarefied air.

Instead, it was the hapless, “aw, shit, not again” look on Toronto reliever Joaquín Benoit as David Ortiz took him deep in the top of the sixth to essentially seal the win for the Red Sox.

Benoit, of course, was the guy who gave up the grand slam in game two of the 2013 ALCS that sealed David Ortiz’s immortality while transforming bullpen cop Steve Horgan into this city’s fifth most popular tourist attraction. Yesterday, Big Papi once again stuck a bat up Benoit’s south 40, knocking a three run homer that not only ensured that the Sox would leave Canada with the Jays in their back pocket, but also moved The Large Father ahead of Jimmie Foxx for 18th on the all-time home run list.

The 2013 grand slam was pretty much the turning point of the ALCS. And we may well remember yesterday’s Ortiz home run as the nail that started the Blue Jays’ spiral into September obscurity. Good luck not being haunted by Ortiz’s smiling mug for the rest of your days, Joaquin! 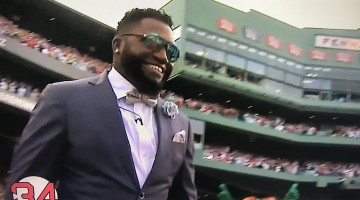 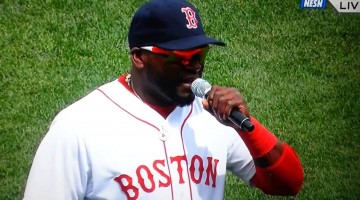 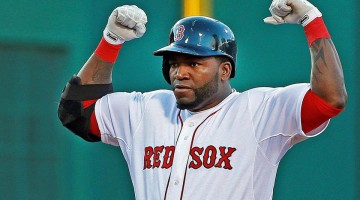