One of my favorite post-Sox game at Fenway activities — besides trying to convince the sausage vendors to cut me a deal on stale rolls — is wandering over to the team parking lot and watching the players drive off. If you’ve never done it, I highly recommend it. Partly because it’s free, but also because it delivers some pretty high entertainment value.

For one thing, there’s the spectacle of watching the lot attendants maneuver six-figure cars in and around skinny Van Ness Street, which is where most of the players’ cars end up being parked since Fenway’s miniature team lot was built at a time when most players took a horse-drawn buggy to work.

For another, it’s a car buff’s dream as the players parade out of the Fens in what looks like a scene out of a Fast and Furious movie.

Also, as you look at the luxury autos lining the street, if you’re the betting sort who frequents casinos or GamblingSitesOnline.org, it’s kind of fun to play “match the player to the car.” At least in my mind it is.

Last Saturday I hit Fenway for the Sox-Phillies game, and the post-game car show didn’t disappoint. It started with David Ortiz pulling out in a convertible Lamborghini that very likely cost more than the sum of every paycheck I’ve received through my entire life. Ortiz is like the grand marshal of the Sox Car Parade. The fans — and a lot of them stick around to watch the players leave, like more than you’d see for most games at the Trop — are usually going nuts for him, and he plays it up. He revved his Lambo a couple times as he pulled down Yawkey, whether to stoke the crowd or keep them at bay I’m not sure, and it sounded like a goddam small spacecraft.

A few cars later, Rusney Castillo pulled out in this gem. I tweeted the photo, and a follower immediately responded with a link to the story behind this car, which supposedly cost $85k on top of which Castillo added $84K in customizations. Including, of course, a light that shines his uni number on the ground when the doors open. 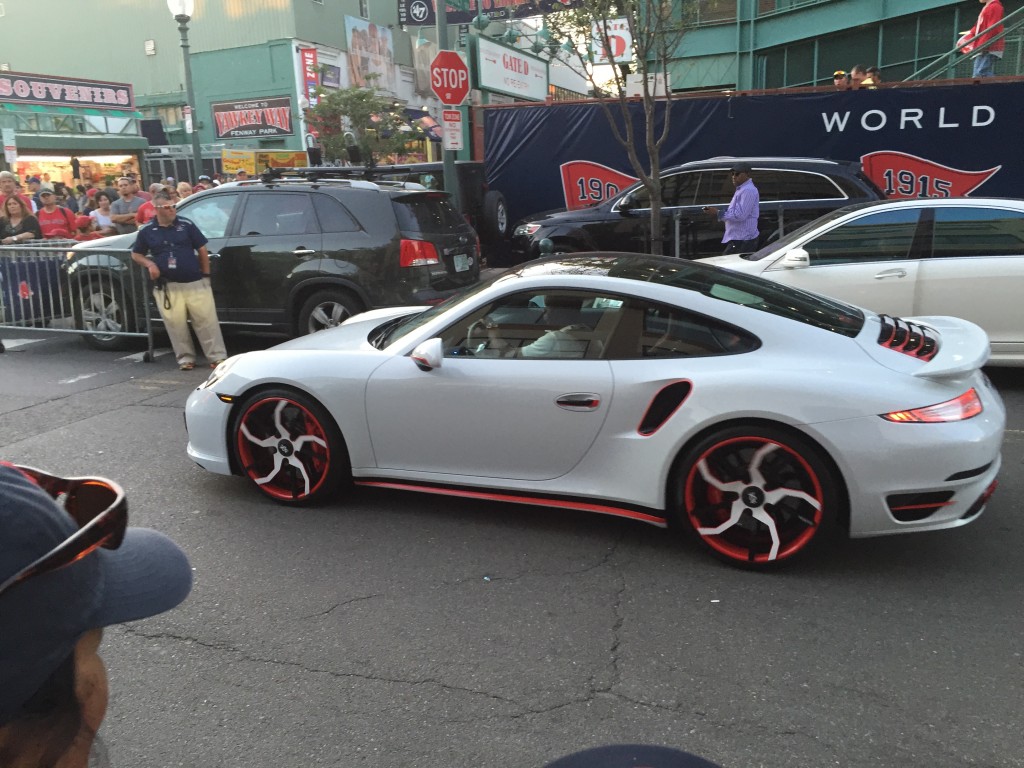 The winner of the biggest “car size to player size” differential is pretty much Brock Holt, who came steamrolling out of the lot in this tank, giving some obligatory waves to the masses: 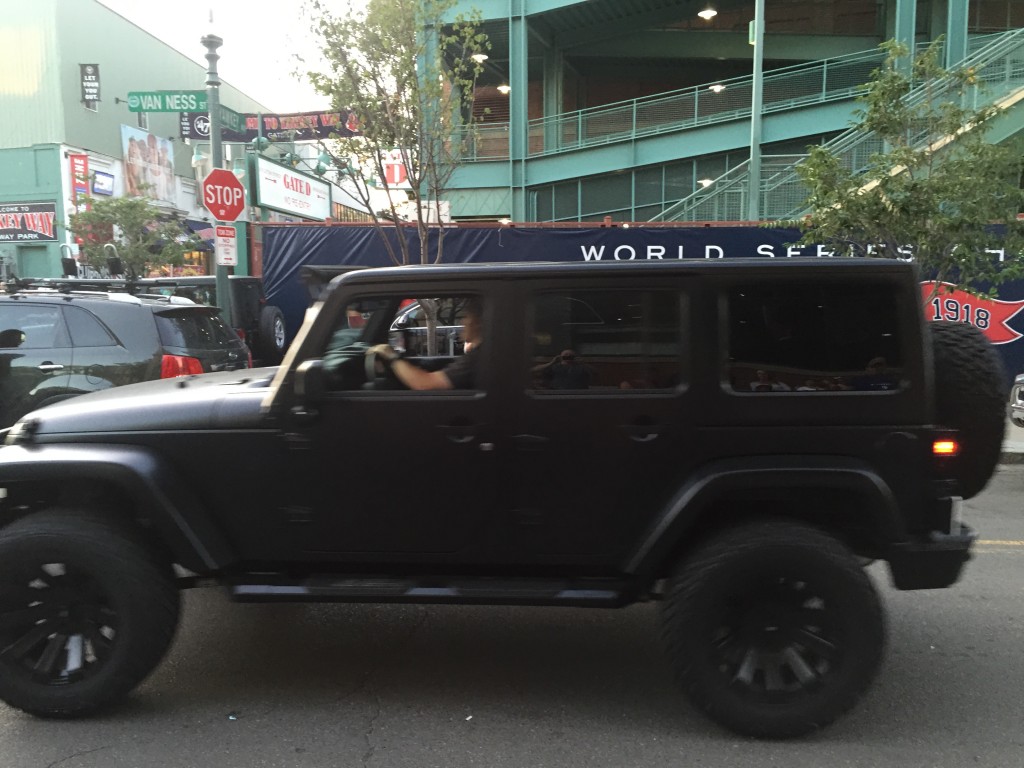 Interesting side note: after one game last season, as I sat and watched the players’ cars leave the lot, David Ross sauntered out of the gate and through the crowd, unassumingly carrying his dry-cleaning over his shoulder. Everyone was so focused on the cars they never say the Great Rossini pass right by them. And Rossie probably liked it that way.

Next post David Ortiz: 500 Home Runs... and the Two That Meant the Most