Brock Holt and His Hair are All Stars. Xander Has a Chance, Too. 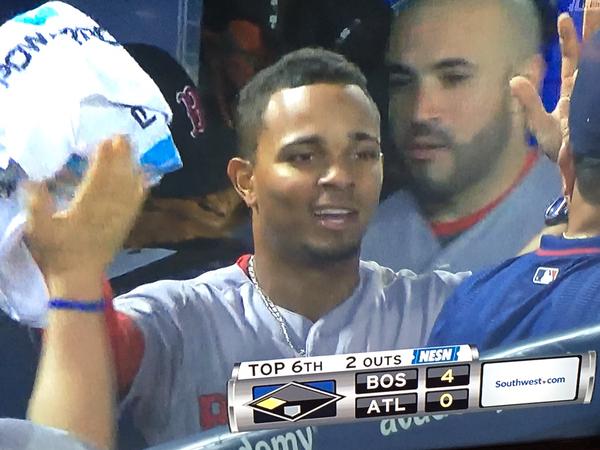 In a season in which the Sox haven’t sniffed .500 for months, I didn’t expect a bunch of All Star game representatives to come from our team. But I was surprised to see superutilityman Brock Holt get the nod over Xander Bogaerts. In many ways, it makes sense; after all, the game counts for World Series home field advantage and having a guy on the bench who can play any position, any time is a valuable thing. On a personal level, however, I was rooting for Bogaerts, and thought a trip to the ASG would be nice vindication after last year’s semi-disaster of a season.

The good news is that X-Man has been selected as one of the five AL players that fans can vote to send to the ASG. If you feel like making The Prince of Aruba a part of your All Star Game viewing party, here’s what you can do:

Of course, we don’t want to influence your voting either way. Still, I’ll just leave this right here.