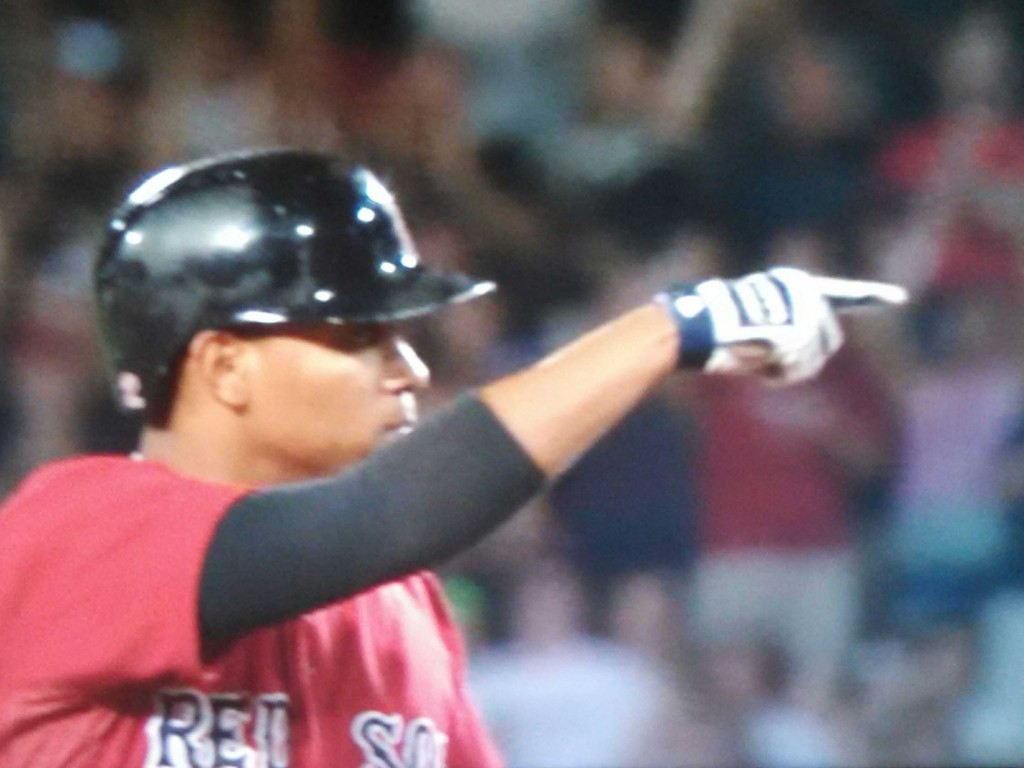 Boston Red Sox youngster Xander Bogaerts‘ impressive rookie season might not have ended as well as it started but the shortstop has bounced back this year to put himself in All Star contention. During the opening stages of the 2014 season, the rookie had been one of the best first-year players in the MLB, hitting .300/.391/.443 with four home runs, 15 RBIs, 15 doubles from his first 55 appearances and 233 plate appearances. While there were question marks next to the defensive side of his game, his promising start to life with the Red Sox at the plate was one of the most encouraging aspects of the early stages of Boston’s season last year.

Bogaerts’ form dropped fairly dramatically following the signing of Stephen Drew at the beginning of last June, with the youngster forced to switch to third base. His change of position coincided with a significant drop in form for the rookie, though, wrapping up his first full season in the Red Sox line-up with figures of .240/.297/.362 and with a real problem handling anything resembling an outside slider. However, Drew’s move to the Yankees ensured Bogaerts was able to reclaim his place at shortstop for the 2015 season and the 22-year-old has enjoyed an impressive return to form since the start of the year, hitting .297/.342/.400 with two home runs, 21 RBIs and eight doubles from 205 plate appearances. At 28/1 at the time of writing with bet365 to win the World Series this season, Bogaerts and the rest of his Red Sox teammates know they face a real battle if they are going to compete with the likes of the Dodgers, Nationals and Cardinals.

Perhaps more encouraging for Red Sox fans will be the improvement Bogaerts has shown in his defensive game. While it’s highly unlikely we’ll ever see Bogaerts challenging for the Golden Glove for his defense, the youngster has cut down significantly on those basic throwing errors he made during his first season. He might not be making any spectacular plays in the field, but he is doing everything the Red Sox would want from their shortstop and it’s been a while since we saw the sort of laughable mistakes (see below) he often produced in 2014. But at just 22-years-old, it shouldn’t be the biggest surprise that it has taken Bogaerts a couple of seasons to really find his feet in such an important and pressurised position. It looks as though we’re beginning to see just why the Red Sox have been so keen to keep him in and around the team despite his struggles.

In terms of other shortstops in the league, Bogaerts is right up there this season, boasting a WAR that can only be matched by Brandon Crawford, Jose Iglesias, Jhonny Peralta and Adeiny Hechavarria, putting himself very much in All Star contention and further establishing himself as one of the most exciting youngsters in the league.

The question will now be whether or not he can maintain his extremely encouraging start to the season and prove he is the real deal and a player who will have a big say in the Red Sox’s success over the next few years.

Next post "Are the Red Sox Finally Turning It Around?" he Asked for the One Millionth Time

Previous post For These Red Sox, It's the Best of Times and the Worst of Times