Red Sox, Phillies and the First Heart Attack of the Season 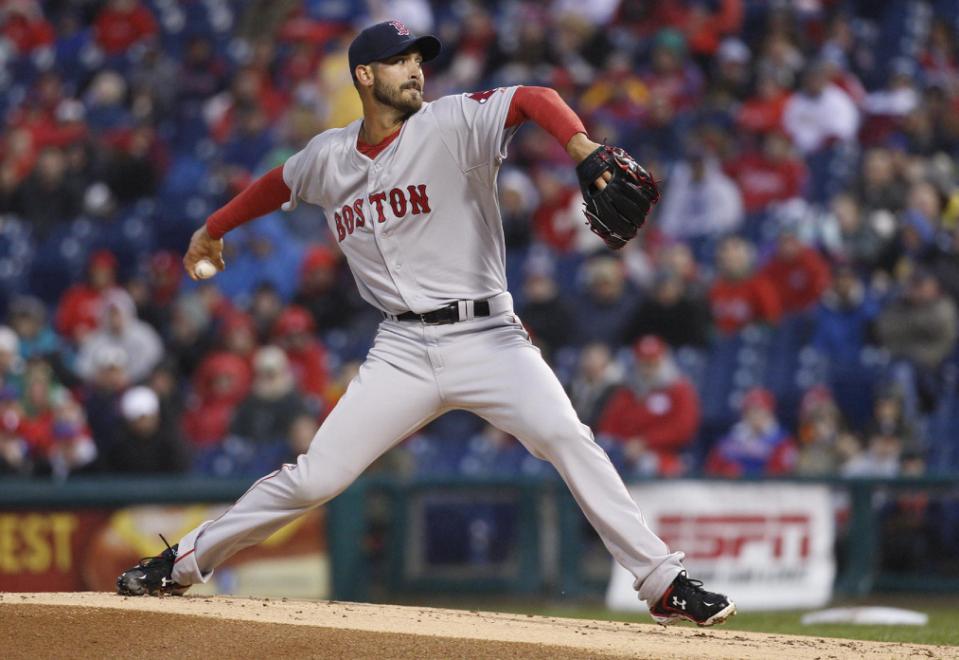 Let it be known that my first heart attack of this young Red Sox season came at 9:33pm on April 8, 2015. That’s when Hanley Ramirez turned on a Jonathan Papelbon fastball and drove it far and away into the murky Philly night for what I thought was most certainly his second grand slam in as many nights. A grand slam that would have put the Red Sox up 5-4 and given solid reason to believe that this year’s offense would make the lack of a legitimate ace a mere formality.

Unfortunately, science had other plans. On a hot July night, that ball might leave the yard. But the heavy, rain-soaked air kept this one in play, and after a few, pulse-pounding seconds, it dropped harmlessly into the center fielder’s glove. Rally over.

The Sox went on to lose a game that was as frustrating as Monday’s opener was uplifting. Porcello was brilliant, save for one bad pitch that turned into a three run homer. On the other side, Aaron Harang, who facially resembles a poor man’s Rob Dibble, was better, keeping the Sox handcuffed most of the night. We had a number of chances, including a two-on, nobody-out situation in the eighth that became a bases loaded, two-out situation when Hanley stepped to the plate. The rest is history.

All I know is the goddam second game of the season had me flailing around like it was the World,Series. So, yeah, I’m glad baseball’s back.