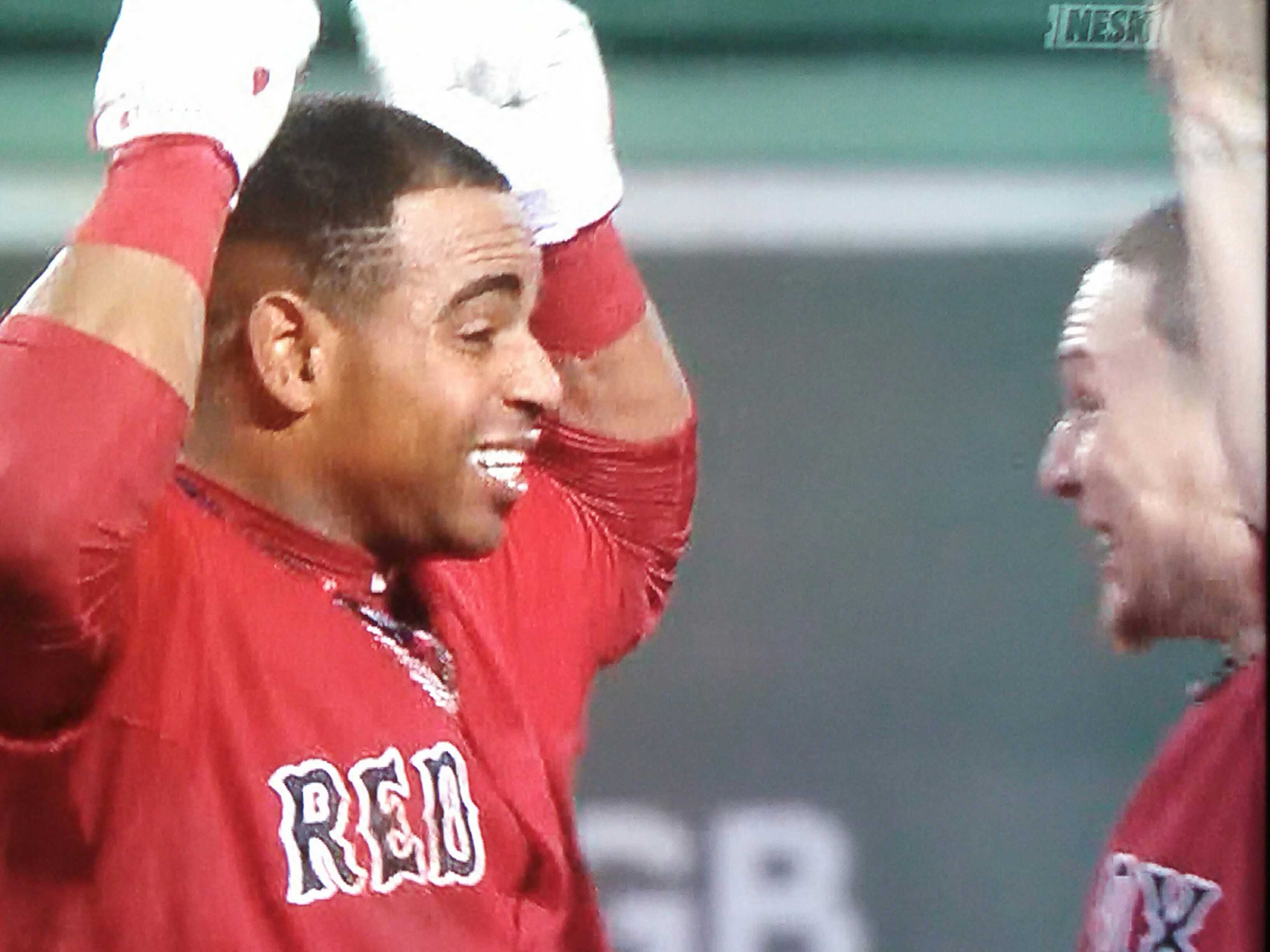 For a few, bitter moments, last night’s Fenway homestand opener against the Jays seemed a terrible, terrible microcosm of this 2014 season.

Specifically, I’m talking about the bottom of the ninth, when, immediately after clawing their way back in the eighth from a two-run deficit, the Sox put two men on with nobody out and a chance to win the game… then served up three straight outs. It was the same old RISP nightmare we’ve been suffering through all season, made worse when the Jays scored two runs in the top of the tenth. Oh and one of those runs was scored by a runner coming from second on a sac fly to right, thanks to Allen Craig forgetting how many outs there were.

I’ll just leave this picture here for a bit to let it sink in, as Craig’s body language after realizing his mistake perfectly summed up the 2014 Red Sox: 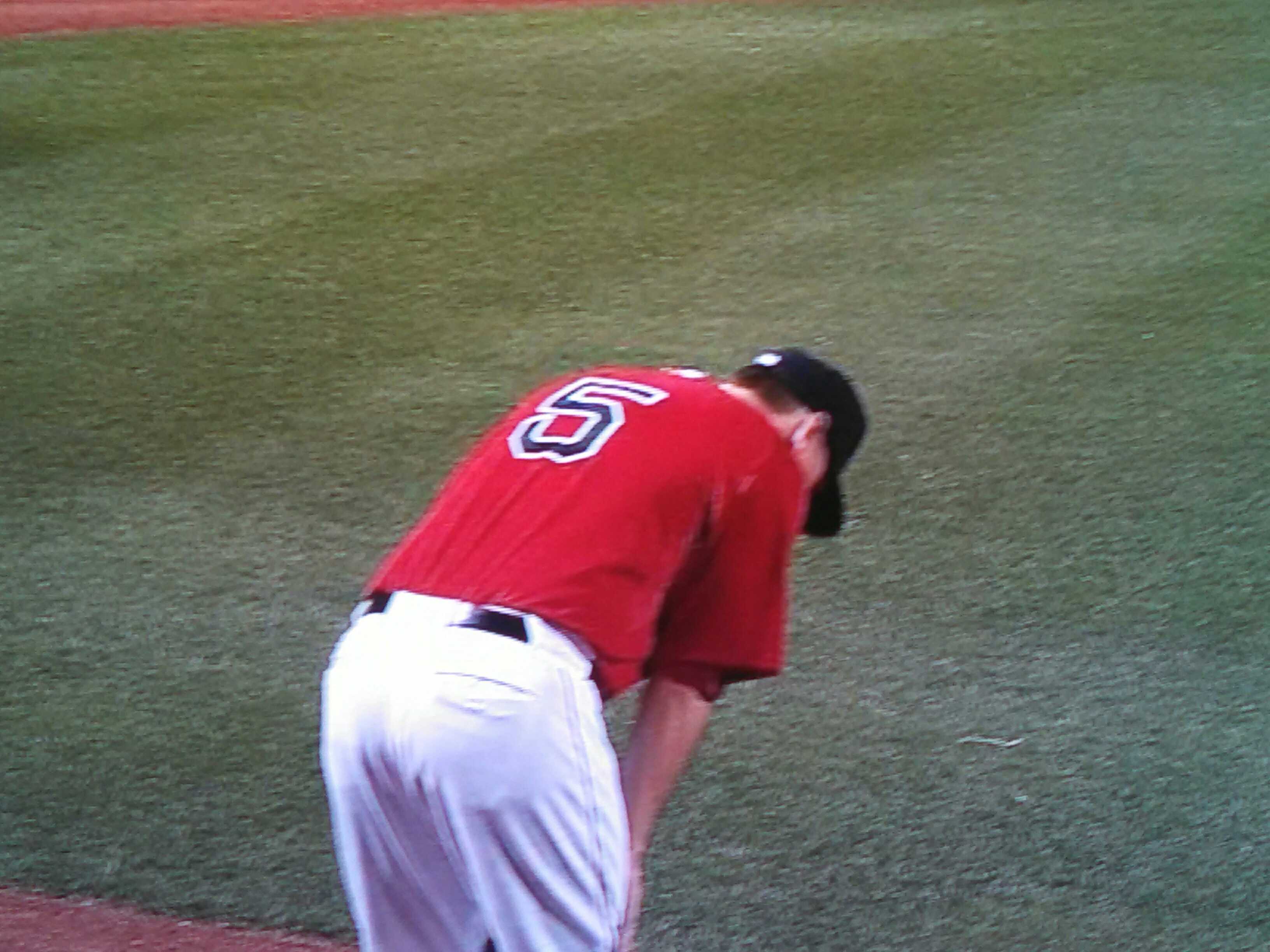 But then, in the bottom half of the inning, something f$%ked up and glorious happened. The 2014 Red Sox morphed into the never-say-die 2013 Red Sox, and inexplicably corked off four straight hits, which, by my booze-influenced count, is the most hits they’ve strung together since last October.

Before my brain could even process what was going on, a Pedroia sac fly tied the game and Ortiz walked. Which set the stage for another Cespedes Miracle. A long fly ball to the center field triangle that plated the winning run and kicked off the oddest, most low-key hug session ever, starring Jemile Weeks and Mike Napoli. Serious, this is how gentlemen celebrate a walk-off:

With one stroke of the bat, Allen Craig was spared a massive wedgie at the hands of his teammates. I’m gonna go ahead and call it the best win of the season; it was certainly the most exciting. And a real nail in the coffin of the Jays’ postseason dreams. It also featured more magic from Mookie Betts, who was 2-for-4 with an RBI, and the continued rebirth of Xander Bogaerts, who had three hits including a key double in the eighth that knocked in two runs to tie the game.

It was a rare highlight in a season that has been bereft of joy. But it had an intensity that’s been lacking since game six of the World Series.

Also, it felt pretty damn good, oddly cathartic and boding well for what the future brings.

It was just the kind of effed-up win I should have expected with Billy Idol in the house. 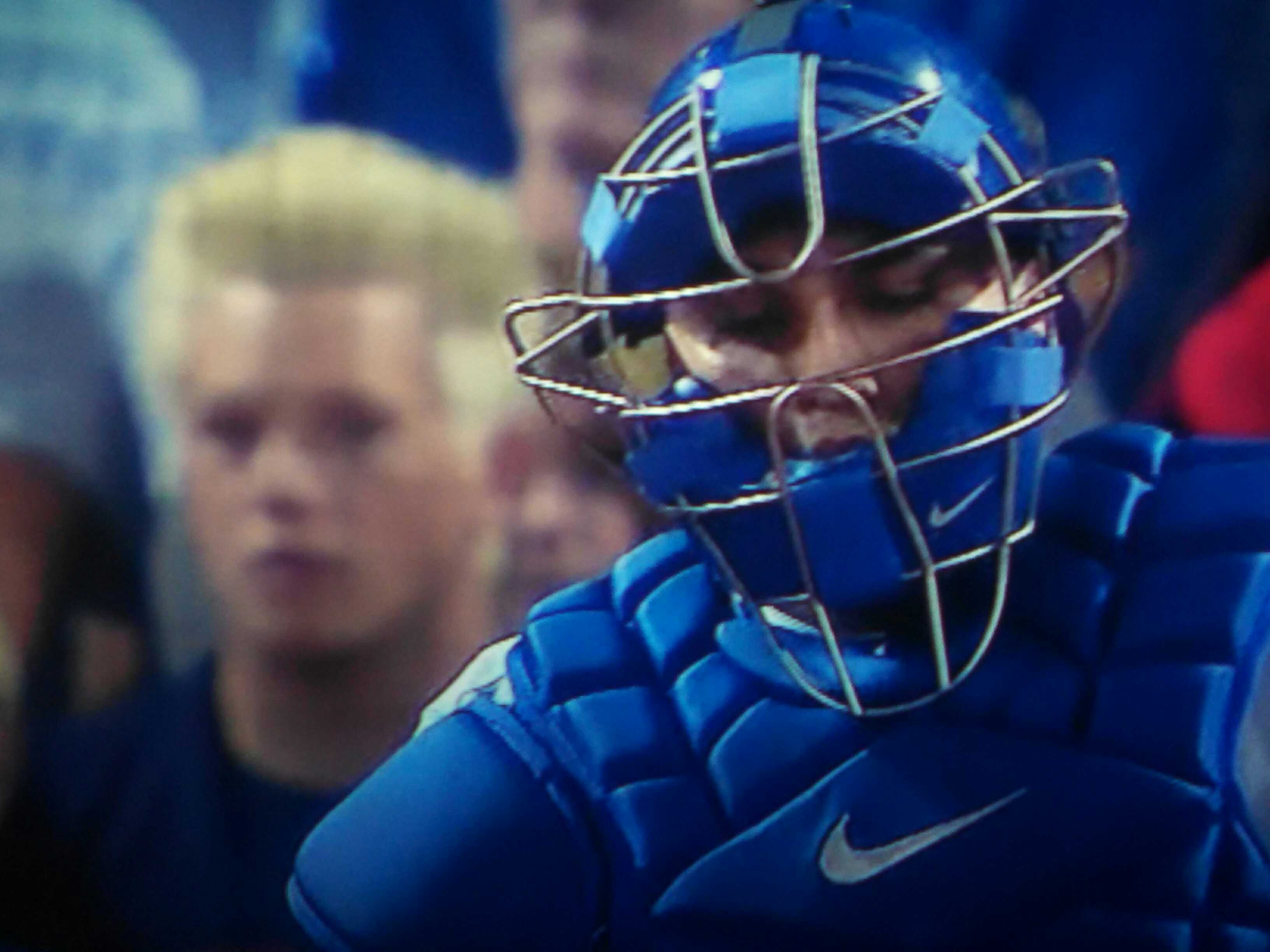 Previous post Would You Trust This Man With Your Team's Lead?