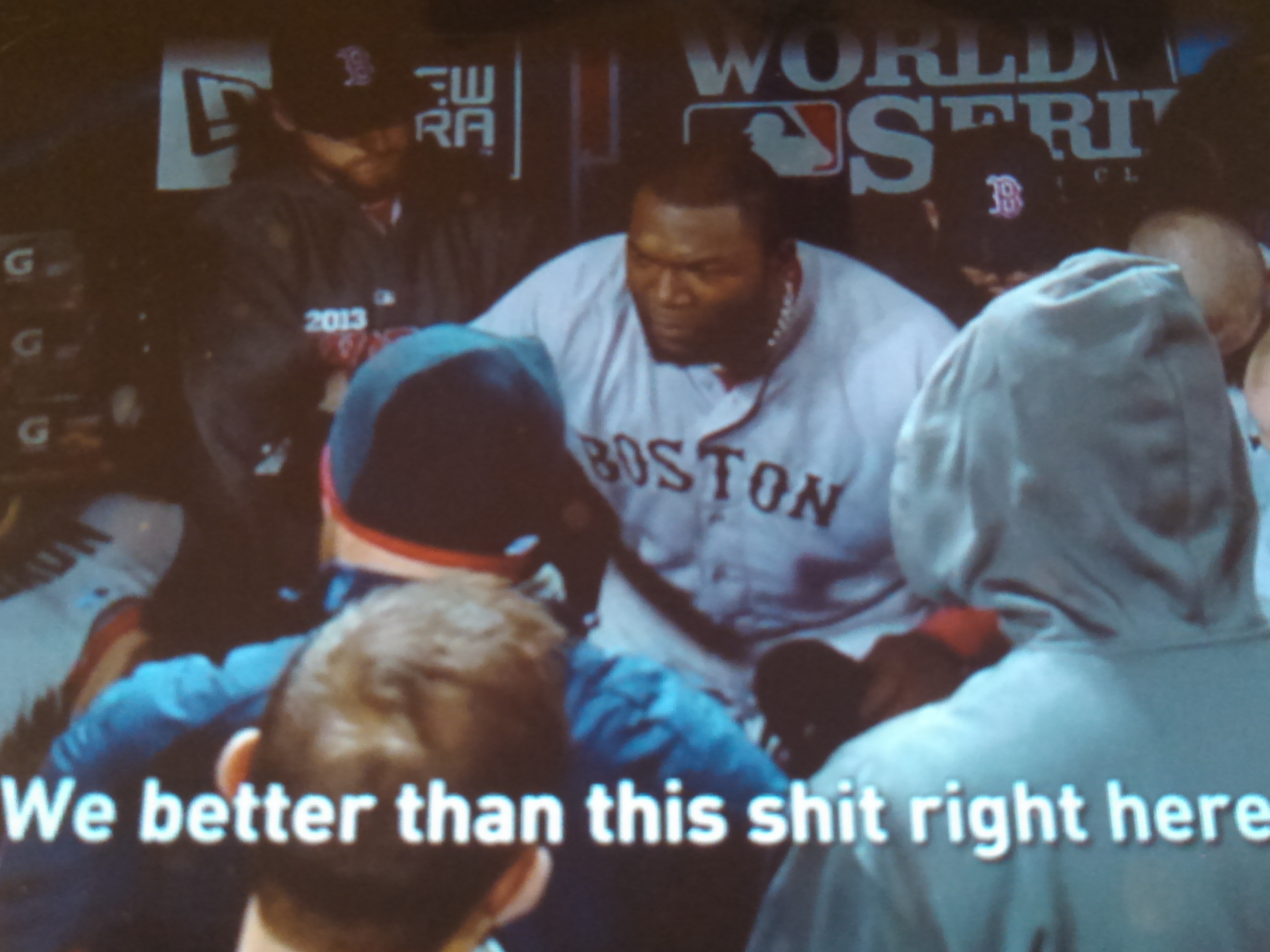 On the all-time list of great orations, you’ve got your Gettysburg Address, your “ask not what your country can do for you” and probably that thing Winston Churchill said about being resilient in the face of enemy bombings.

Somewhere in the mix, however, you’ve gotta make room for David Ortiz’s “this is our f#$king city” declaration, which became something of a rallying cry for the 2013 Red Sox and pretty much every Bostonian everywhere, ever.

Now I’m adding another Ortiz special to the list. The unedited version of his infamous rallying cry to the troops in game four of the 2013 World Series, which can be seen in the EPIX Channel documentary, “David Ortiz: In the Moment.” here’s a shitty vine of the scene. Volume up, please.

And here’s a link to a preview of the film, which has been out for a couple months now on EPIX.