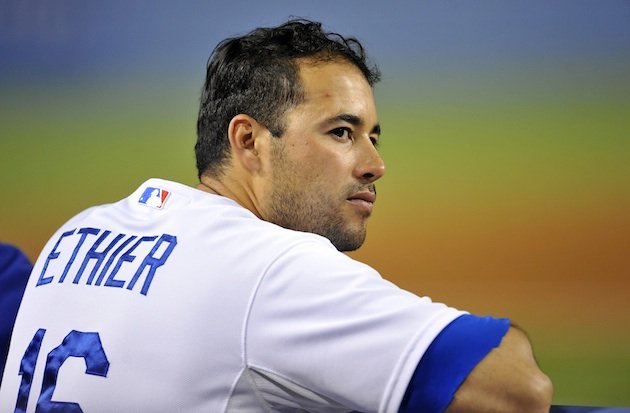 It has been a stop start campaign for the Red Sox and it has certainly not been the title defense they were hoping for. Their record of 38-46 is by no means shambolic but it is nothing to really be proud of. However, there is still plenty of ball time left and the MLB trade deadline is not until the end of the month. So, Boston may just be able to salvage something if they get the correct players in.

Andre Ethier
The transfer news keeps on seeing Ethier linked with a move to Boston. The Los Angeles Dodgers outfielder is highly sought after by the Red Sox due to their outfield being absolutely ravaged by injury, whereas the Dodgers may be willing to part with Ethier as their outfield is flooded with quality players like Matt Kemp and Yasiel Plug. A two-time All Star, Ethier possesses a healthy .286 batting average and has experience in all three of the outfield positions. A drawback to Ethier, however, is the cost – he is currently tied into a $95.95 million six-year deal.

Seth Smith
The San Diego Padres outfielder could make a huge impact if acquired by the Red Sox, but, more importantly, he will come at a relatively cheap price. Over an eight-year career Smith has hit a .266 batting average, seen 82 balls go for homers and has a .807 OPS. San Diego are in the midst of a nothing season and could easily be enticed to allow Smith to depart, especially if it means that they can have a mid-level prospect.

Alex Rios
Just like Smith with the Padres, Rios’s side, the Texas Rangers, are stuck in the mire. Their season has been derailed thanks to injury and it seems that they will be looking to offload some talent, Rios being one of them. At 33-years-old he brings experience whilst at the plate Rios can hold his own. He is currently in the final year of a seven-year $69.84 million contract, meaning that if the Red Sox wanted him they would probably have to give him a salary of $8 million a year until the end of 2014. Yet, from there they could negotiate Rios down to as low as $1 million for the next season.

Next post And the Red Sox Went Down, Down, Down Into a Ring of Fire