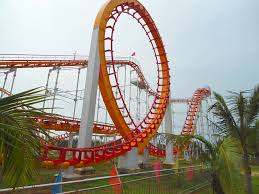 It’s fair to say that the 2014 Red Sox have been consistently inconsistent. A ten game losing streak followed by a seven game winning streak, followed immediately by a five game losing streak. Last week they swept the Twins only to lose three straight to Oakland. Today’s finale looked like a “W” all the way until the ninth inning when the A’s somehow tied it up. At that point, when all eyes were on the USA-Portugal soccer game, it looked like yet another in what’s been a season of disappointments. But Big Papi (who else?) had other ideas. He hammered a 1-2 pitch out of the park for a tenth-inning lead-off homer. Red Sox win.

And so, the roller coaster ride continues. I’m not sure if a loss today would have made the Sox “sellers” next month, but it’s close. They are six games under .500 and six-and-a-half out of first place in the East. But, they are still just five games out of the second wild card spot. As painful as they’ve looked at times, I still think if they get into the playoffs, their pitching is good enough to keep them there. If – and it’s a big if – their bats get hot in October.

To date, the bats have been anything but hot. Brock Holt is the team’s only .300 hitter. The next closest is Pedroia at a lowly .266 and Bogaerts a point below him. The outfield hitters are absolutely killing the team:

And between the five of them – 11 home runs. Not that Ellsbury hits for power, but his .279 batting average and four home runs would certainly be a huge upgrade.

It’s hard to believe that time is running out for this team on just the second day of summer, but that’s the way it is. Keep your hands and feet inside the car at all times…

Previous post Imagine that I am Tom Hanks, and Wilson is the 2014 Red Sox Season