Is This the Turning Point for the 2014 Red Sox? 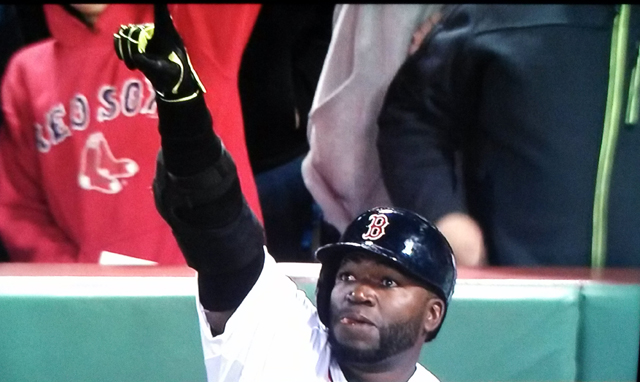 We had to wait almost 19 games, but we finally got to see a little of that 2013 magic in 2014. I’m talking about a tide-turning homerun from Jonny Gomes. A come-through, pinch-hit appearance by Mike Carp. A fired-up Dustin Pedroia getting the Fenway crowd amped. And a walk-off win that involved the tossing of at least a couple helmets.

I don’t want to get too giddy here; I could count about four instances of the Orioles doing everything in their power to give this one back to the Red Sox after taking a 5-0 lead–especially that final play at the plate, which was just begging for the Benny Hill theme song. But in a month in which highlights have been in short supply, I’ll take ’em.

This was a win we desperately needed, if for no other reason than to prove that a five run deficit shouldn’t have to force this team to roll over. And on a night in which Jake Peavy didn’t exactly have his best stuff, it was refreshing to see our much-maligned offense finally generate some power and fuel a comeback. It was even more refreshing to see Buck Showalter pulling out his hair at every step.

Is it a turning point? Will it prove to be the game that finally jump-started our offense and sparked a nice winning streak (and not bad timing, with the Yankees coming to town)?

As anyone who reads this blog knows, I’m shit with predictions. Let’s just say it was a nice game. Nice for Brock Holt, the anti-Ryan Roberts. Nice for Pedroia, Ortiz and Gomes, who belted two hits apiece. And especially nice for the the fans, who got to see the first Fenway walk off of this season. And it was truly fitting that Pedroia, who was seemingly robbed of a walk-off homer earlier in the ninth when a fan in the Green Monster seats reached over to try to catch the drive, plated the winning run.

You gotta admit, the way he called himself safe after sliding in was pretty bad ass.