Springtime for the Red Sox in Chicago 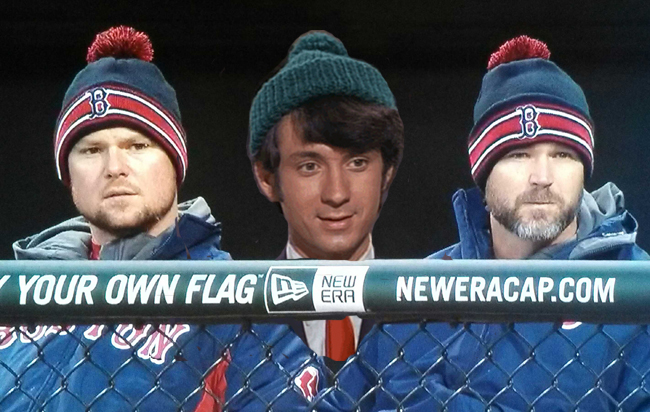 Any night on which the highlight of the Red Sox game is the team’s taste in hats and headwarmers, you know it’s gonna be a bad night.

And for the Red Sox, last night was a bad night. Another bad night.

The fact that the Red Sox lost last night’s game on what should have been a routine ground out tells you everything you need to know about the team right now. The simplest of things aren’t working for them. And the hits, sadly, just keep on not coming.

The loss ruined another not entirely bad start by Jake Peavy, who may have looked baffled at times, but only gave up one run and three hits over six innings.

And then, because when it rains it pours, Mike Napoli dislocated a finger during a headfirst slide. Kids, these aren’t good for you.

So that’s three loses in a row and a 5-9 start, giving the defending World Champs the exact same record as the Houston Astros.

The turnaround has to start somewhere. I say… tonight.

Next post My Bold Prediction for the Red Sox-Orioles Series