Red Sox Drop ALCS Game One and We Are Not Amused 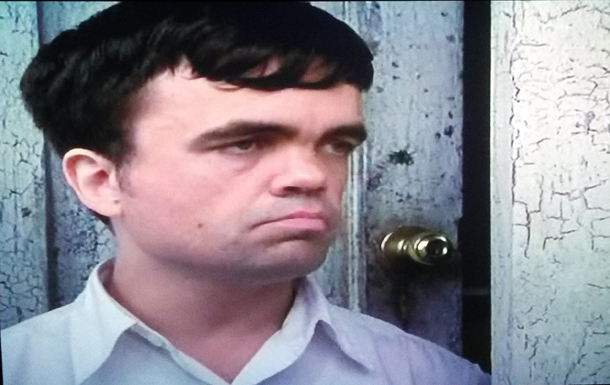 Even though I knew going into the ALCS that the Tigers’ pitching was gonna be tough, I didn’t expect the Sox to get shut down with extreme prejudice and embarrassed in front of the Fenway crowd with someone not named Verlander or Scherzer on the mound. But Anibal Sanchez kept the Sox tied in knots, no-hitting us through six before turning it over to a bullpen that kept us hitless until the ninth.

Yes, the Red Sox got some bad calls. So bad, in fact, it seemed that home plate umpire Joe West was the only man in the universe pining for a Tigers-Cardinals World Series. He was clearly pissed at the Sox players who were grousing about his calls — and Ellsbury was probably the most wronged on what should have been a seventh inning walk — and it no doubt had them swinging at some close pitches they figured would get called.

But we can only blame West so much. The Sox offense was impotent out of the gate, and they seemed a far cry from the team that wore down opposing pitchers all season and in particular the Rays’ staff in the ALDS.

A telling moment came in the bottom of the fifth, when Sanchez’s pitch count was rising. After working him hard in the first four innings, Middlebrooks led off the fifth by swinging at the first pitch and grounding out. Then Ross and Ellsbury went down on a combined total of nine pitches. That gave Sanchez his shortest inning of the game and kept him around for another inning when a little more patience might have knocked him out sooner.

In the next inning, the Red Sox loaded the bases on three walks, only to have Drew strike out swinging.

When the Sox finally did break through in the ninth, it was almost too little too late. They got the tying run to second after a one-out Daniel Nava single and a stolen base from pinch-runner Quintin Berry. But then Stephen Drew — who has become absolutely painful to watch at the plate — flew out to center and Bogaerts popped out meekly to end it.

In short, it was a miserable start to the series and the kind of game that could easily deflate a team’s mojo. It also stunted Farrell’s Master Plan, which included swapping Buchholz and Lackey so that our two best pitchers started games one and two at home. Lester held up his end of the bargain on Saturday night. He wasn’t lights out, but he kept it within reach. Now Sunday night’s game becomes a must-win, lest the Sox head to Detroit to face Verlander down 0-2.

It wouldn’t be the first time the Sox bounced back after a dispiriting loss. And when you consider that the last four AL Championship Series we participated in went the full seven games, we figured this one would go the distance, too.

But with the Red Sox offense flattened by a guy who isn’t even one of the team’s two best starters — and about to face both of those starters in the next two games — things, on paper, don’t look good.

Still, if 2004 taught me anything, it’s that things change. Gotta keep the faith. Gotta come back tomorrow.

Previous post Return to the Planet of the ALCS: Game One