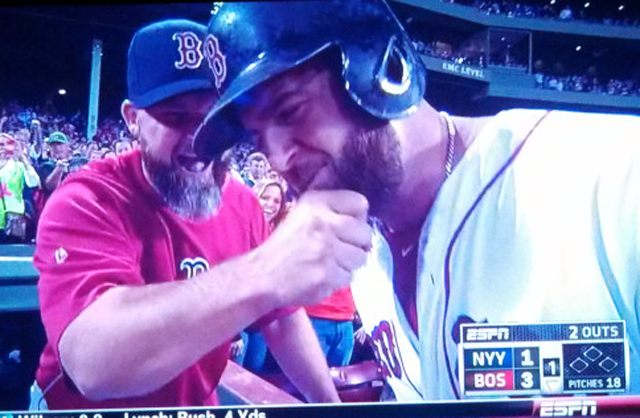 Ninety two wins. Reigning AL East champs eliminated from division race. Nine and a half game lead over the Rays. Magic number down to four.

Anyway, one of the highlights of last night’s ESPN telecast was the camera catching David Ross giving a good, solid pull on Napoli’s beard after he went yard: a moment which has been captured in shitty video for your viewing pleasure. And let me just go on record as saying that whenever I hear “David Ross gets a handful of Napoli,” I hope it refers to beards.