How Important Is Home Field Advantage in the Playoffs? 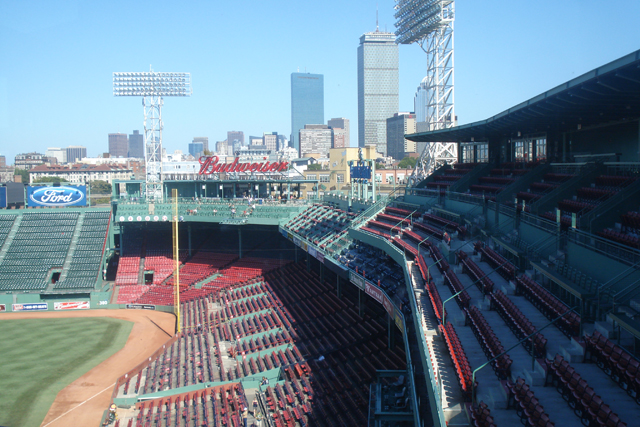 If the Red Sox are lucky enough to make it to the 2013 World Series, they will, thanks to the magic of the All-Star Game, enjoy home field advantage. The ALCS will be a different story, as the Oakland A’s are currently nipping at our heels — or, at just one game behind us for the AL’s best record, already stuffing a foot in our cleats.

Also, the A’s have only the Angels and Mariners to contend with over the last week of the season, where we’ll have to tackle Baltimore, a team that seems to live for taking our lunch money and kicking us square in the jimmy.

The bottom line is, with the A’s playing like a team possessed, landing the best record will be a challenge for us. But just how important is home field advantage?

The last time the Red Sox made the postseason, in 2009, we did not have home field advantage. That year, we were ousted in three straight games of the ALDS versus Anaheim.

In 2008, the Sox didn’t have home field advantage. We won the ALDS in four games, but dropped the now-classic ALCS against Tampa Bay in seven.

In 2007, we had home field advantage. We know how that turned out.

In 2005, we did not have home field advantage and lost three straight in the ALDS.

2004 stands as one of the few times we didn’t have home field advantage for the ALDS and ALCS yet won them both.

In 2003, we didn’t have home field advantage but won the ALDS versus Oakland, only to lose the ALCS against the Yankees.

So what does all this mean, other than that I spent my morning wolfing down Red Bull and waffles while pouring through baseball-reference.com? Over the past ten years, the Red Sox are 4-4 in playoff series in which they didn’t have home field advantage. So while it may suck for local fans who’d love to have a few extra games to try to get tickets for, it’s not necessarily a death knell.

Also, while the theory stands that the team playing the winner of the one-game wild card playoff in the division series has the upper hand, the only sample size we can draw from — last season — shows that’s only half true. The AL wild card team, the Orioles, went on to lose the ALDS, but the NL wild card, the Cardinals, won the NLDS. Interestingly, in both one-game wild card playoff games, the team with home field advantage lost (Rangers, Braves).

That said, home field advantage and 100 wins should still be the objective over the last five games. So I hope Jonny Gomes packed that army helmet he was last seen crushing beers in, because this is war. There’s no excuse for not plowing Colorado for the next two games. Oakland’s won five in a row and are perhaps due for a couple loses over their last five, but right now we control our own destiny. And taking out a 71-86 team should not be a significant hurdle for us. We know the Baltimore series is gonna suck; that makes a Colorado sweep a necessity.

Home field advantage may not be critical. But, man, would it make me sleep easier.