Not to Put Too Much Pressure on Jake Peavy… 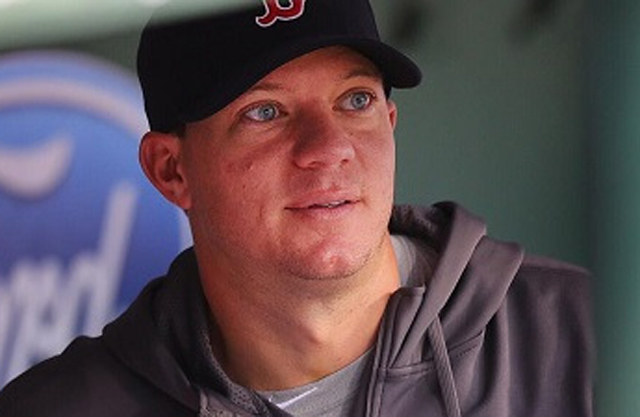 Last night, as the Sox dropped a one-run game to the D-Bags, I must have still been on a high from Thursday night’s improbable comeback. Because it wasn’t until I sat down to my Saturday morning breakfast of wheat toast and Irish whiskey that I realized just how wretched Jon Lester’s performance was.

In just four and one-third innings — his shortest outing of the year — Lester gave up six runs and 11 hits. Although the offense made a valiant effort, getting the winning run on base in the ninth, we couldn’t pull another one out of our asses. And that was that.

We also missed a key chance to gain another game on the Rays, who lost to San Francisco.

In the haze of that remarkable comeback against the Mariners, it’s easy to forget how critical our starters will be to our postseason aspirations. But as we head into August, despite his 10 wins, Lester still hasn’t found any sense of consistency. Meanwhile, Lackey has returned to earth and Buchholz–let’s be honest here–may very well not pitch again in 2013. Or at least not in any way that can help us.

This brings us to Jake Peavy’s Red Sox debut this afternoon. One game’s a pretty small sample size. But if he comes out and does well, it could very well be the only thing that keeps me sober tonight. Or at least re-affirms my faith in our pitching staff.

If he has an abominable outing, I expect to wake up hungover in a ditch on the outskirts of town. Again.

It’s a lot to ask a guy his first time out with a new team in a new park with a whole new set of fans assessing him. But I’m hoping for, say, seven innings with maybe one run and six hits. If he wants to brushback Cody Ross once or twice, I won’t argue.

Good luck out there, Peavs.