Ask And You Shall Receive 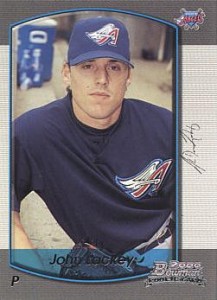 That was exactly the kind of performance the Red Sox needed out of John Lackey. The only numbers you need are six-and-two-thirds innings and one earned run. The offense pounded out 14 hits and the fielding was flawless. Those are the ingredients for a win.

Lackey’s outing stopped a three-game skid, preventing the first four-game losing streak of the season. They are the only team in the majors that hasn’t lost four in a row this season. Ortiz hammered his 24th home run of the season, adding to the Sox lead in the seventh and the bullpen did their job.

Things get a little tougher today as the Sox face CC in the rubber match. Their record against lefties is about as good as my record for getting dates in high school. Tampa did us a solid by losing, stretching the lead in the division to two games. Apparently bringing a 20-foot python into the clubhouse wasn’t the motivation the Rays needed.