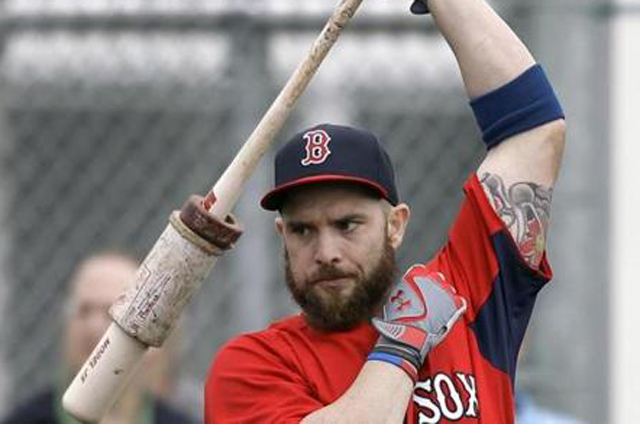 The first thing I wondered when Kevin Youkilis got shipped off was, “Who the hell is gonna fill the all-important role of ‘bearded, freakish dude who looks like he could snap at any moment and try to bite an opposing team’s first baseman?'”

The good news is that Jonny Gomes seems to be doing a pretty good job of it. His beard looks like it was hand-crafted from the finest children’s nightmares. His beady eyes give the impression of a guy who’s thinking of either drinking 300 beers in one sitting or munching your pancreas. And while he may not deliver consistently, he’s developed a pretty damn good flair for the dramatic, whether it’s drop-kicking his batting helmet after a game-winner or, as he did last night, punching an into-the-Monster-seats blast to help put away the Yankees.

There’s little wonder that Gomes graced the cover of a recent Sports Illustrated bearing the headline “Boston Strong”; the guy’s come to represent the resiliency and “can’t knock me down” attitude that defines this 2013 team. The day after we hear Clay Buchholz’s rehab has hit a wall, Felix Doubront puts in a solid, 3-hits-and-one-run-through-six-plus performance. Andrew Bailey’s likely to have season-ending surgery? No worries; Koji Uehara is filling the closer spot quite nicely. Shane Victorino injured again? Ah, we’ll have something to fill the void. (On another note, Victorino is just a few more injuries away from having his nickname officially changed to “The Dyin’ Hawaiian.)”

I don’t know how long our luck is going to hold out. But for now, the Sox show no signs of letting up, and the Yankees show no signs of being a factor in this year’s division race. And that’s just fine with me.

Lackey vs. Kuroda this afternoon. Beer up, mothef#$kers!