All Hail The Dempster 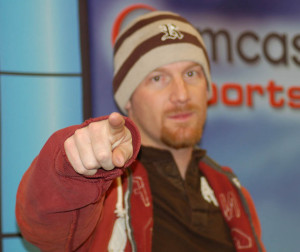 Exactly when did Ryan Dempster become the most reliable starting pitcher the Red Sox have? The dude held the Orioles at bay for five-and-a-third and the bullpen did the rest. Dempster has now given up three runs or less in ten of his last eleven starts dating back to May. Color me surprised.

Meanwhile, someone wearing Stephen Drew’s uniform hit two home runs to power the struggling offense. Despite having a 12-9 record in July, the Sox have scored two runs or less in eight of those games, including four shutouts. This afternoon we get the Jekyll-and-Hyde-like Jon Lester.

Second place sucks, so how about we win this series before the first-place Rays roll into town?

Previous post "It Was Fun While It Lasted" or "Why the F$&k Can't We Beat the Orioles?"