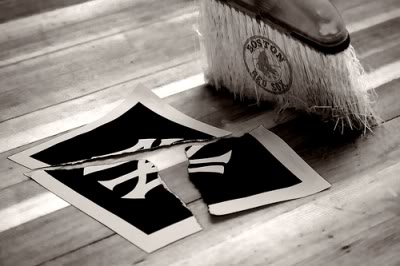 Just two games into the 2013 season and suddenly there’s not as much leg room on the old bandwagon. Fans are making plans for a November parade, the Yankees are in last place, and Jackie Bradley Jr. has his own shirt. The fact that Red and I have a warehouse full of Youk and Beckett shirts has nothing to do with this.

Honestly, I love the way this team is playing. The two positives that surprise me most are Iglesias with the bat and Lester’s solid outing. The two things that surprise me the least are Aceves pitching like crap and that the key to winning is Lackey not pitching. I’m very interested in seeing what Dempster has to offer. While I am confident Lackey isn’t going to give us anything, I really have no idea what to expect from Dempster. Dare I say, he could be the key to the team’s success?

It’s time to start thinking of of getting some Red Sox tickets.