Red Sox 1-1 in the Post-Scumbag Era 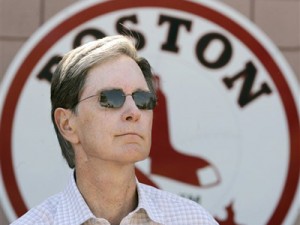 The stink of Josh Beckett is gone, the shifty, me-first A-Gon is also…gone, and one of the worst contracts in Red Sox history is gone. But that doesn’t mean the Red Sox are going to win out the season. There is still the matter of Mr. Valentine, he of the “I-will-leave-a-pitcher-in-too-long-to-blow-a-six-run-lead” and “I-will-leave-the-most-prolific-clutch-hitter-ever-on-the-bench-in-the-ninth” coaching strategies.

The question remains: could all of these personnel moves have been made as part of a plan to keep the V around for another season? I hope not. Let’s play out the next five weeks with the youngsters and fill in the gaps, including a competent manager, over the winter.

The Mauro Gomez Era is upon us!

Next post The Last Words I Have for Josh Beckett