The Last Words I Have for Josh Beckett 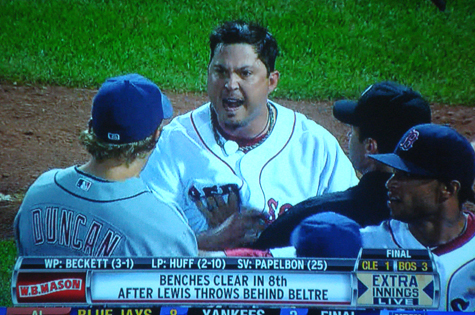 It’s me. The nerd who dubbed you “Commander Kick Ass of the F$%k Yeah Brigade” during your second season with the Sox. Back then the beer swilling, noogying-old-guys-in-the-street persona was just the kind of thing I thought this team needed. And the results seem to indicate that is was.

While it’s unfortunate how the tide has shifted since those years, I just wanted to say two things as your ass gets private-jetted to the left coast:

Also, your performance in the 2003 World Series may have been the only thing that kept me from going on a murderous rampage during an absolutely f#$king miserable October.