Welcome to the Single Most Useless Red Sox-Yankees Series Ever 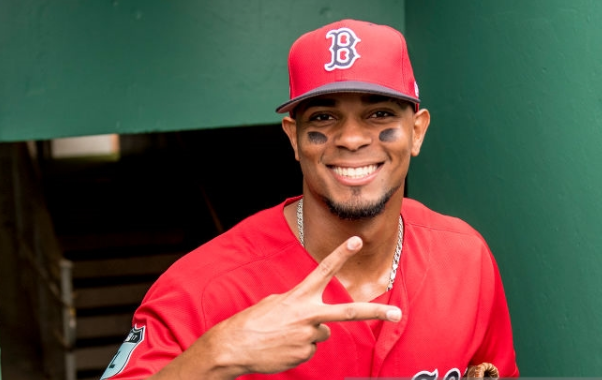 I’m gonna go ahead and bet that when the MLB schedule makers were putting this season together, they very likely had this weekend earmarked from the start. In fact, I like to imagine at least one MLB marketing exec tearing off his/her pants and jumping on the conference room table and bellowing, “Red Sox versus Yankees? Last series of the season? THE WAR FOR THE DIVISION WILL ROCK THE EARTH TO ITS VERY CORE!”

Of course, what seemed like a good idea back in December of 2017 has, sadly, been rendered moot. The Red Sox are the best team in baseball. If they lose the next three games and have their balls stomped six ways to Sunday by the Yankees this weekend… they will still be the best team in baseball. Every AL postseason slot is sold out. There’s no room left at the inn. And the showdown that had me drooling since spring training will no doubt become a mind-numbing contest of “which can team can roll out the most no-names.”

Adding another layer of madness to it all is that there’s a pretty good chance the Red Sox could end up meeting the Yankees in the ALDS. To that end, I’m guessing neither team wants to give the other insight to weaknesses real or perceived this weekend. So what could at best be sold as a playoffs appetizer will very likely be a revolving door of “who the fuck is that?” and neither team really going out of their way to do anything of consequence.

In other words, if you dropped your kids’ college fund on tickets or stayed up the entire month of August to check out online-casinosites.co.uk for the best UK based casinos so as to put cash money down on either one of these teams, I feel bad for you, son.

The only real bit of drama I can see coming out of this season finale is the Red Sox preventing the Yankees from winning 100 games. New York currently sits at 98 wins with three left to play. Just two Red Sox wins will keep them from triple digit victories. As a card-carrying member of the “Denigrate Aaron Boone’s First Season as Manager by Any Means Necessary” club, I say it’s worth a shot.

Other than that, consider this weekend an opportunity to soak in all that Fenway greenery, maybe have a few hot dogs and beers, and re-stock your alcohol closet. You’re going to need it beginning Friday, October 5.