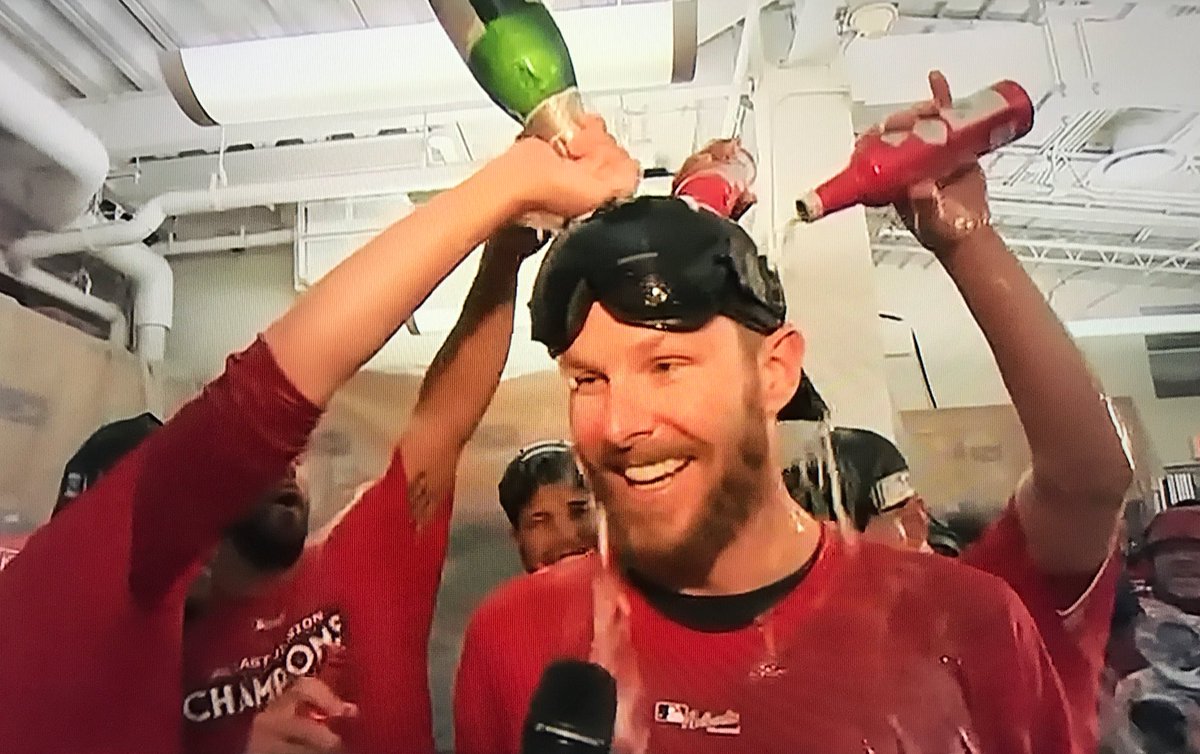 In a world that seems dangerously close to running off the rails with every passing day, it’s refreshing to know that we can still find comfort in the simple pleasures. Like Chris Sale getting a beer shower. Or Hanley Ramirez donning what looked like a Daft Punk headpiece to protect his eyes from champagne spray. Or Xander Bogaerts calling Eduardo Rodriguez a tool on live TV. Yes, the Boston Red Sox are going to the postseason once again, beating the Astros at Fenway this afternoon to clinch the AL East in back-to-back seasons for the first time in franchise history. Here are some of the sights and sounds from the team’s postgame celebration, all courtesy of NESN & MLB. 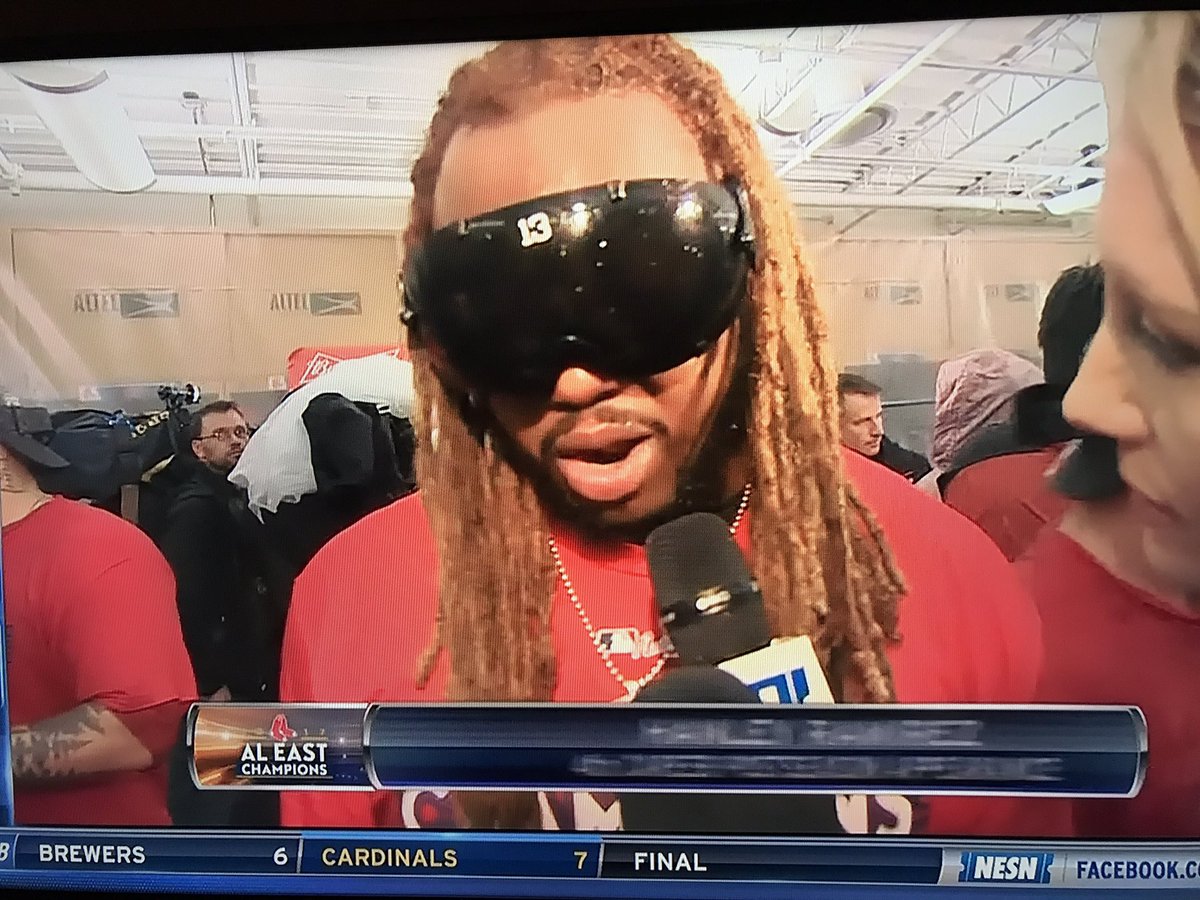 Next post Can the Red Sox Overcome the Odds to Defeat the Astros?