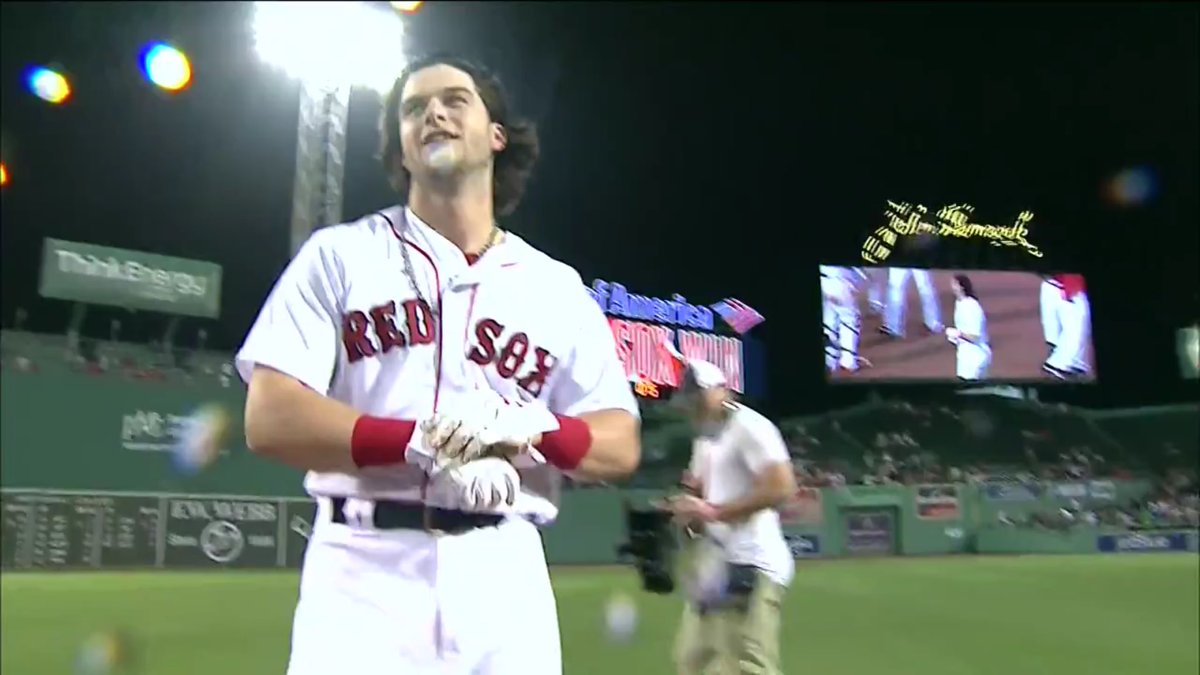 Full disclosure: when I saw the Red Sox locking horns with the lowly Phillies for four days, I automatically put them all down as wins. It wasn’t arrogance, I was just doing the math, looking at our stacked line-up and pitching and the fact that the Phillies are struggling to stay above a .300 winning percentage.

But then Monday night’s game happened, and the Sox spotted Philly four runs in the first inning, then took a staggering 11 innings to win the game, which they did on a Dustin Pedroia walk-off hit.

Tonight, with David Price on the hill, I was cautiously optimistic that the Sox would sleepwalk through this one, and Price would have a shut-down game to help build back his (and our) confidence. Again, my dreams were shanked, as the Sox pulled out an early 3-0 lead only to see the game knotted up 3-3 by the sixth. Thankfully, the bullpen did its job, taking over for Price in the seventh and miraculously keeping Philly off the board, even when they seemed to raise some new threat every inning. Far and away the most insane play of the night came when [insert Phillies player’s name here because I forgot] drove one off the left field wall and [insert Phillies player’s name here because I forgot] made a made dash from second to the plate. The run would have put Philadelphia up by one, but Andrew Benintendi had other plans.

The most arousing thing you'll see all day. pic.twitter.com/ALyfT8ylrD

I mean, just look at that play. The non-chalance. The “aw, this thing? Yeah, I may throw it to home” attitude. When Benintendi first picked it up and chucked it, I assumed he was simply throwing the ball back into the infield. Then the cameras pulled back, revealing a laser to Vazquez behind the plate, getting the runner out by at least seven steps. Watch that video again and tell me that, based solely on Benny’s body language, you’d have put down bets at freespins365.co.uk that he’d get the runner out. Just ain’t no way.

But it happened, and the game rolled on, and amazingly the likes of Fernando Abad and Blaine Boyer prevented any runs. And it stayed 3-3 until the bottom of the twelfth — the second night in a row that a battle with the worst team in baseball took us to the midnight hour.

Thankfully, Benny wasn’t done delivering the magic, as you can see here (at the 1:05 mark):

Again, you could have easily plunked down cash at casinoomega.com that the Sox would pay for stranding so many baserunners, or for letting Philadelphia get so close so many times. But in the end, Benny prevailed. And that’s pretty much the way it’s supposed to be.