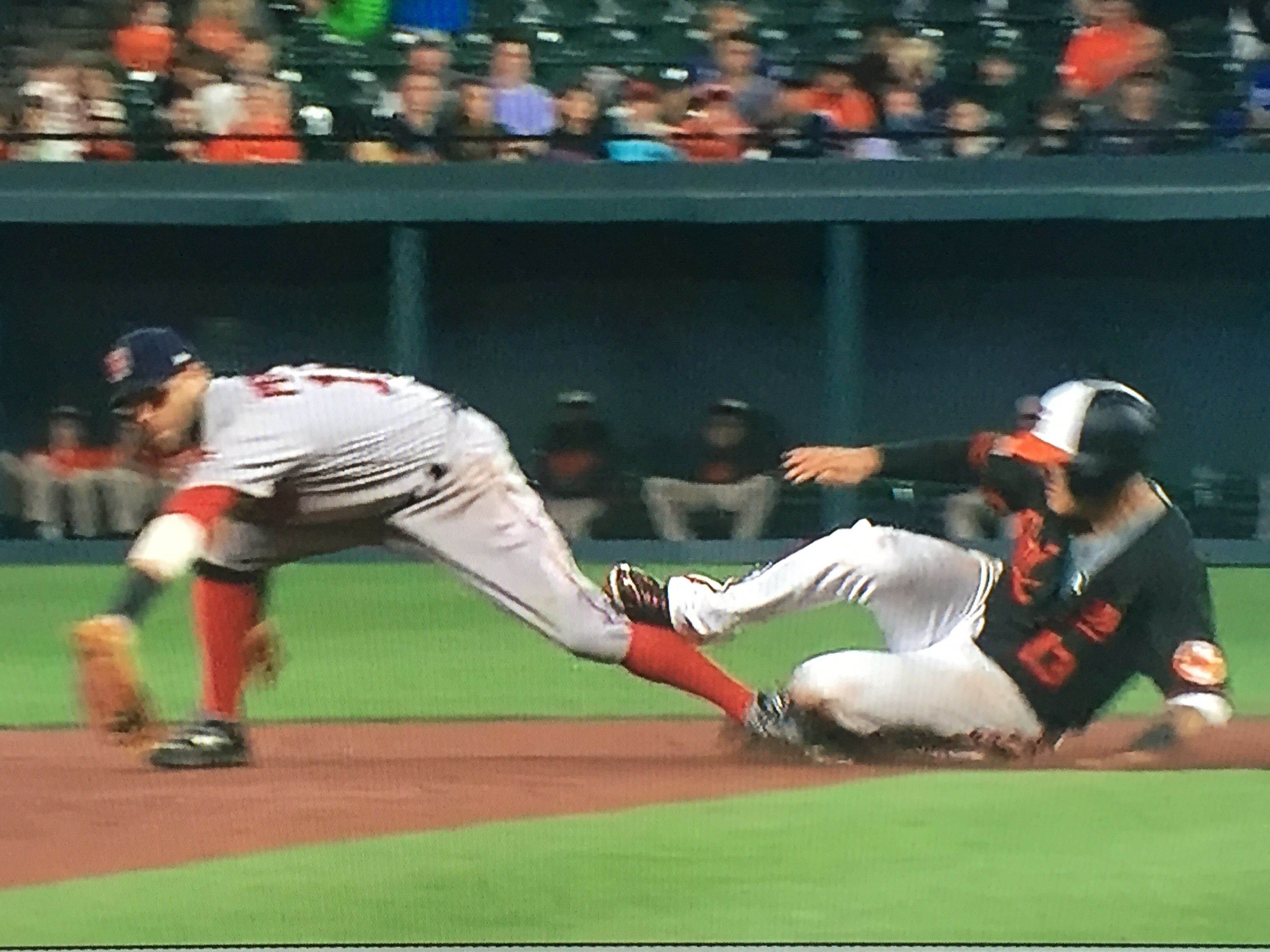 Across Red Sox Nation, the Orioles have already pretty much supplanted the Yankees, Creed and the Illinois Nazi Party as the most hated group ever. So it won’t be that tough to dislike the Birds even more after Manny Machado took down Dustin Pedroia with some spikes-on-calf action during last night’s game.

It was pretty much the exclamation point on an already frustrating game that saw the Sox blow countless opportunities and go an unimpressive 0-for-9 with RISP. After the game, both sides downplayed the incident, starting with Machado, who said, “I don’t wish bad upon nobody. I don’t want to go out there and hurt someone.” Meanwhile, in the other clubhouse, Pedey brushed it off with what may be his first live TV F-bomb:

Boston fans will see it as a dirty slide, O’s fans will call it “simply aggressive baseball in the Ty Cobb fashion.” All I know is that if it gives the offense the jolt (and billboard material) it needs to take this series, it will have all been worth it (assuming, y’know, that Pedroia’s leg is okay). If it fires up the already perpetually caffeinated Pedroia and the folks who play real money on mobile casino, even better. His coach and teammates were definitely on the warpath after last night’s game, with even the usually reserved X saying, “It was a hard slide. He passed the base, if you’re asking me, and he injured the leader of our team.” See that, O’s? You don’t fuck with the Davy Jones of our Infield and expect to get away with it.

A lot of folks have been calling for the Red Sox to even the score, while others have called for cooler heads to prevail. As I see it, having Steven Wright on the mound today gives us the best opportunity to send a message without risking anyone’s health or livelihood. A light flutterball off the ass is enough to say, “we know what you did. Don’t make us go nuclear.”