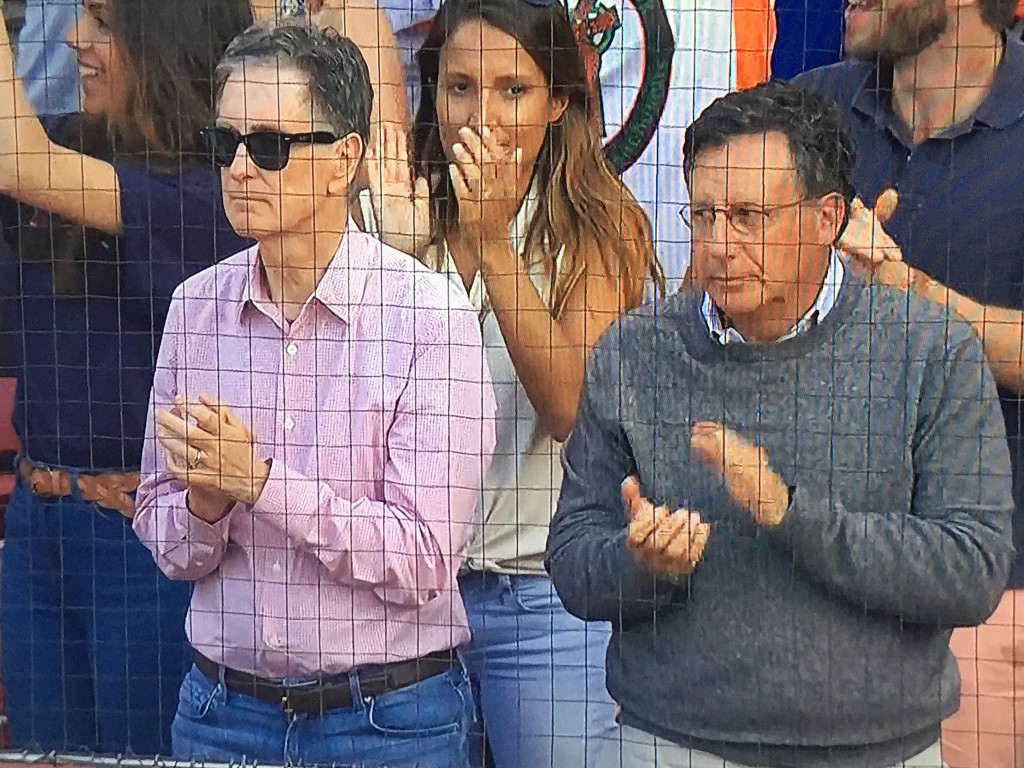 I was out and about yesterday, which is a clever way of saying “got drunk and pretty much lost all sense of time” so I didn’t check into this game until around the fifth inning. But sticking around til the end was totally worth it for the shot of Red Sox owners Tom Werner and John Henry applauding the victory and looking totally disconnected from the universe in which the game occurred.

These guys can buy and sell me and my future generations 16 times over, but it’s nice to see that root-root-rooting for the home team provides some common ground for us.

Anyway, the game itself was remarkable in that it was none other than Steven Wright — one of the best stories on this 2016 Sox team — stepping up and playing stopper one day after multi-millionaire David Price couldn’t do it. We also had three hits from Xander, who has more hits and a higher average than anyone in the American League, and a gaggle of RBIs from David Ortiz. Oh, and we lost Blake Swihart to the DL after he injured his ankle on this play:

It was enough to get us back to sole possession of first place, but with a trip out west and a number of off days on the horizon — three days off over the next eight days — a win today and a solid stake to the AL East lead is a must to keep the bad vibes at bay. Hey, gotta keep ownership happy.

Previous post No Pitching, No Hit Streak and Everything Sucks