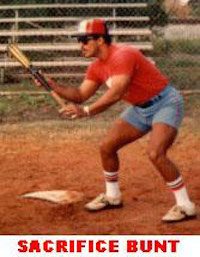 I had the pleasure of chatting with Tony Mazz on the Baseball Reporters this evening. He was asking who is to blame for last night’s 2-1 loss. In my mind, that game put everything that’s wrong with the team on display.

3) Overrated Offense: Yes, the 2016 team has been hitting the crap out of the baseball. But are they really that good? I’m of the unpopular opinion that they are not. The team is 14-16 against teams with records of .500 or better. That tells me they are getting fat on bad pitching.

2) David Price is not the ace you think he is: The team is now 8-5 in games he started, and he is 0-3 when the team scores two runs or less. He is not Pedro, or Clemens, or even Beckett.

1) John Farrell sucks: This is the main reason they lost that game. How many games in a 162-game season does the manager actually have an impact on? I say only a handful and last night was one of them. The way the game unfolded, it was all on Farrell to make the right decisions in the ninth and he simply did not. No outs, man on second, JBJ has to bunt the runner to third. He’s having a good year but he’s not Wade Boggs. Make him bunt. The pinch hitting decisions were just as bad. On the season, the Sox are 5-8 in one-run games.

I understand they lost to a great pitcher but you can also say they had a chance to steal a win from a great pitcher. For all of the above reasons, they didn’t. They head into Minnesota to face a terrible Twins team. Expect some 11-4 wins to pad their stats and cover up their blemishes.