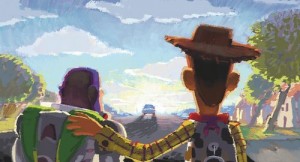 Let’s not wait for another season to circle the drain. It’s time for the Red Sox front office to do what should have been done at the end of last season: fire John Farrell. I don’t think I’m alone in believing that he would have been canned if he didn’t get sick.

Under his watch, the Red Sox have finished in last place two out of three years. Yes, yes, I know. He won a World Series in his debut in 2013. But let’s be honest – after the Bobby Valentine experience a cardboard cutout of Don Zimmer could have coached them to victory.

One week into the 2016 campaign and the signs are all there for another disaster. The events leading up to (and including) the home opener sealed his fate for me. The decision to push David Price’s start back a day so he could pitch the opener at Fenway was a disgrace. Look at Price’s numbers against the Blue Jays: 16-2 with a 2.41 ERA. His numbers don’t suck against the Orioles (8-4, 2.68) but that’s not the point. You get paid $31 million a year to pitch, not to take extra days off.

The end result was the worst case scenario. The Sox lost the weekend finale in Toronto and Price couldn’t hold a lead against Baltimore at Fenway. The Sox are now 3-3 and we have the Clay-man to look forward to Tuesday night.

Please, give the 2016 season a chance and dump Farrell.

Previous post It's Not Opening Day Until It's Fenway Opening Day, Take 2016