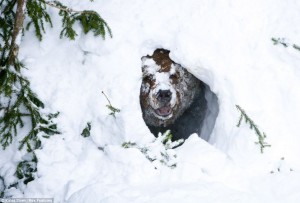 Red pulled me out of hibernation a little early, so excuse my grumpiness. Or maybe it’s the fact that the Patriots won’t be representing at Superbowl 50 that’s got me agitated. Before looking forward to the 2016 Red Sox, I need to close the door on the football season.

The Patriots should be facing Carolina a week from Sunday, but thanks to “in Bill we trust” Belichick, Peyton Manning will be there instead of Tom Brady and company. The demise of this team started long before Sunday’s game in Denver. The Patriots had the first week bye and home field advantage throughout the playoffs all but sewn up after beating the Bills. The loss the following week made the race interesting, barely. Then came the onside kick against Philly and a 14-point lead squandered leading to an embarrassing loss. Fast-forward to the last two weeks of the season. The Pats only needed a win against the Jets or the Dolphins. Easy, right?

The Jets played hard and the Pats pushed it to overtime. They won the coin toss…and deferred? And the seed of doubt that was planted against Philly was in full bloom. But still,only a hapless Dolphins team stood in the way of home field. I have no idea what the game plan was supposed to be, but it failed miserably. Brady threw for 134 yards and the team managed only 196 total yards. Meanwhile Miami torched the defense for 342 yards in the air and another 96 on the ground. And the road to Superbowl 50 would go through Denver.

As expected, by everyone not named Bill Belichick, home field advantage made all the difference. The crowd noise made any line-of-scrimmage changes impossible for Brady, and the elevation clearly took its toll on Gronk and others. But even so…what kind of play-calling was that? James White was targeted 16 times – more than Gronk or Edelman. Many of those targets were fly patterns down the sideline that NEVER worked. Brady was the leading rusher with 13 yards and there wasn’t a single imaginative play run all day. What…Brady didn’t have time? How about putting Bolden or Jackson in the backfield to block? Kline and Vollmer were essentially spectators. Every time Brady ended up on his ass, those two were standing there dumbfounded.

With all that going wrong, the Patriots were only down by 8 in the fourth. With 6:03 on the clock and all of their timeouts, the Patriots went for it on 4th and 1 from the Denver 16 instead of kicking a field goal. Huh? Denver had only managed 76 yards and a field goal the entire second half. We all know what happened from there, a late touchdown and a failed two-point conversion and a season that ended two weeks too early.

The fact that the Patriots will be watching the Superbowl instead of trying to win it is solely on Bill Belichick. Is he a great coach? Yes. Do I want him here next year? Hell, yes. But even the great ones make mistakes and he made a lot of them down the stretch.

My final point is that I don’t see any way the Patriots could have beaten the Panthers. Same goes for the Broncos. If Denver wins this game, the NFL will officially become America’s greatest reality show.