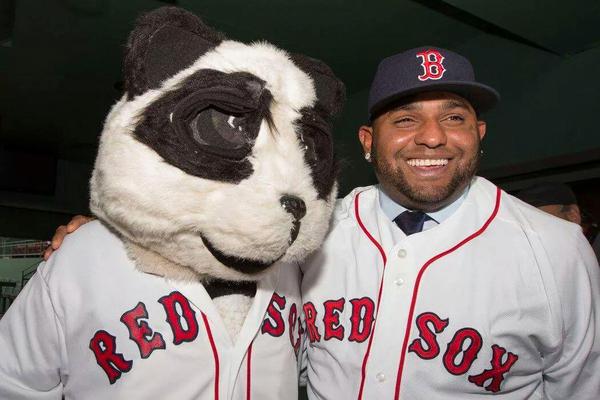 The Boston Red Sox payroll for the 2015 Major League Baseball season is $187.4 million, the third-richest in the entire 30-team league, but their high-stakes gamble in many of the game’s supposed superstars hasn’t resulted in wins. Heading into the All-Star Break, the Red Sox sat in last place in their division with a losing record of 42-47, better than only the Seattle Mariners and Oakland Athletics in the American League. Simply put, the city known for its cream pie is getting creamed by the rest of the league.

A quick review of the roster’s six highest-paid contracts clearly shows why the team is playing poorly:

The old adage that says the more you bet the more you win has failed the Red Sox, with the team experiencing just the contrary. Many experts picked Boston to win their division before the 162-game season began in April, and while those bold predictions won’t come to fruition, the Red Sox’s struggles have led to rather appealing sports betting lines for gamblers in Las Vegas.

Once a favorite to make the playoffs, the Red Sox have largely struck out during their 2015 campaign and are now routinely listed as the underdog on most sports books regardless of who they’re playing. However, the team still has a star-studded 40-man roster, and while many have underperformed this year, each remains capable of playing like they’re paid to do and covering the spread dictated by the books.

Boston has lost more games than they’ve won, but the team still possesses the ability to beat any squad in Major League Baseball on any given night. During their first series against the Royals in June, owners of the best record in the American League while spending nearly $74 million less on its players, the Red Sox took two of three games from Kansas City in what was considered an upset.

So is betting on the BoSox worth the risk for the remainder of the season? It all depends on who they’re playing. Unless Boston is somehow able to complete a magical turnaround and make a run at the playoffs, the team will likely be just going through the motions of finishing out the long and tiresome season. But that doesn’t mean they won’t get excited for rivalry games and potential playoff-busting matchups, as Boston Strong truly speaks to the strength of one of America’s oldest cities.

New to betting on baseball games? It might seem confusing the first time you look over the daily odds on baseball games, but it’s actually quite straightforward. Baseball is also one of the best sports to gamble on (as well as being easy to find online), and some of the largest paydays from professional sports betting were placed on baseball.

The two most common baseball bets is the “moneyline” and “runline.”

In a moneyline bet, you are simply picking a winner. The catch is you pay an adjusted price based on which team is the favorite.

The runline option is a more traditional bet that gives or takes runs to a team depending on their odds.

In this scenario, wagers are placed straight up with the stipulation that the Red Sox begin the game with a 1.5 run lead over the Yankees. If New York wins the game 4-3, bets on Boston still win as the score with the runline is actually 4.5-4.

When it comes to betting on baseball, picking the underdog is a popular play. And the Boston Red Sox will provide plenty of underdog betting opportunities for the remainder of the 2015 MLB season.