The Red Sox Don’t Win Often. But When They Do, It Is Spectacular. 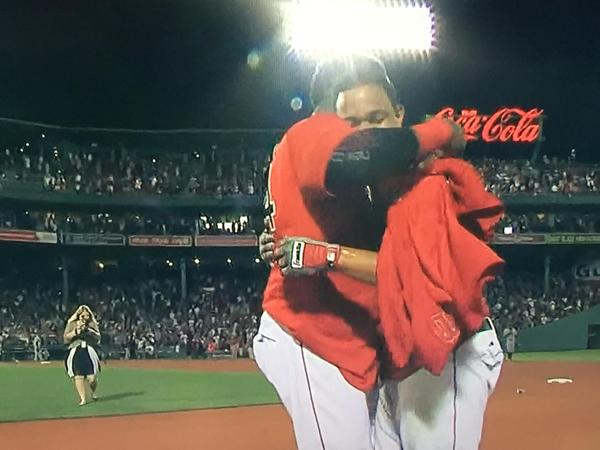 I will admit that after watching the Sox drop eight in a row and flush whatever meager hope existed of a postseason run down the crapper, I was relieved to see Detroit, fellow members of the sub-.500 club, come to town. Of course, this is the 2015 Red Sox, and right now the late night shift from Roche Bros. supermarket in West Roxbury could give them a tough time. So I should not have been surprised when the game was deadlocked at 1-1 and headed to extra innings by the time my tenth beer kicked in.

But say this for the Sox, they don’t win a lot, but when they do, it’s pretty fucking awesome. Case in point: Xander Bogaerts knocking in last night’s game winner with a walk-off double, scoring Mookie Betts on a play at the plate that went down so fast, Detroit asked for a review just to mess with our heads.

The hit capped a 3-for-5 night for X and just further cemented the fact that he is the sole saving grace of this lost season and one of the few reasons to tune in night after night. He’s currently batting .310 and I’ve got 4G’s riding on him finishing the year at .340 or higher.

Also, Rick Porcello started a game for us that we didn’t lose. And the earth didn’t fall into the sun. So there’s that.

We’re still 11 games out and 11 games under .500 and although my heart wants to believe a hot home stand could put them back in the running, my heart has been drinking. The Sox are done*. But games like this are nice reminders of what could be.

*Not mathematically done, mind you. In fact, if they go 7-2 on this homestand, and…

Previous post MacBen: The Tragic Tale of the 2015 Red Sox