Samardzija Shows His Hand Ahead of Possible Red Sox Switch 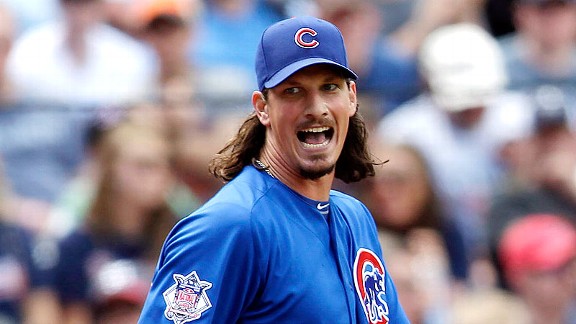 While some players heading into the free agency prefer to keep their cards close to their chest, Chicago White Sox pitcher Jeff Samardzija has made it fairly clear that he would be open to a move to the Boston Red Sox. The 30-year-old is one of a number of high profile pitchers set to enter the free market at the end of the year, and the veteran made it known that he would be interested in making the move to Fenway Park after helping the White Sox to a victory over Boston, pitching eight-plus innings and conceding four earned runs. With a plethora of pitching talent available to be snapped up in the winter, the Red Sox have made no secret of the fact they are eyeing at least one addition to their starting rotation.

If you’re a novice poker player, you might use a video poker bonus guide to learn the rules, while professional poker players, such as Red Sox fan Dan Harrington, are well aware of the importance of keeping a poker face. So while Samardzija might not have strengthened his position when it comes to the free agency and attracting multiple offers, the pitcher has laid his cards out on the table and made it crystal clear that Boston could well be his preferred destination when or if he leaves Chicago. The Red Sox might not like offering multi-year deals to pitchers over the age of 30, but that might not stop a deal for Samardzija coming to fruition.

While the majority of pitchers at his age are coming to the end of their careers, Samardzija could have another couple of years on his rivals due to the fact he didn’t take up pitching until later in his college career, spending much of his early years playing centerfield before spending time at university split between baseball and football. The pitcher had a stand-out season in 2014, recording a 2.99 ERA in 33 appearances split between the Cub and the Athletics, and the White Sox could be set to be slapped with a request for a long-term contract worth more than the $75 million James Shields received in February if Samardzija were to stay.

The Red Sox know adding a real leading pitcher to their rotation could be the difference between making a real charge towards the World Series next year. Boston’s lack of an ace this season has been evident from their stats, currently ranked 28th out of the 30 MLB teams in starter ERA (4.91), with only the Rockies and the Phillies boasting a worse ERA than the Red Sox. But there are a number of factors that need to come together for any deal, not least Boston accepting they might need to shell out on a pitcher over the age of 30 in order to provide a real leader to this rotation. If they do, Samardzija could well be the best option out there at this moment in time and the Red Sox could have the pitcher they’ve long needed.

Next post David Ortiz is Still a Badass Motherflipper

Previous post Episode 5,972, In Which I Get Oddly Sentimental Over Shane Victorino Leaving the Red Sox