The Streak Ends at One 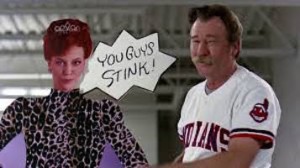 John Farrell needs to go. Team meetings, blaming the media, positive vibes and crossing their fingers just isn’t working. Inter-league play used to be where the Red Sox padded their stats and practiced their in-game drinking. This season, it’s just another flavor of losing.

Farrell continues to look inept in all aspects of the game. Tonight he wasted his challenge on a call that stood, leaving him unable a call that later would have been overturned. Farrell took an early exit, getting ejected in the seventh.

Only the Phillies hold a worse record than the Sox. There is simply no way this can continue. Farrell has clearly lost the clubhouse and if ownership wants to at least try to salvage some dignity this year, he needs to be replaced. Red and I are both available for interim manager. We couldn’t possibly do any worse than Farrell has.