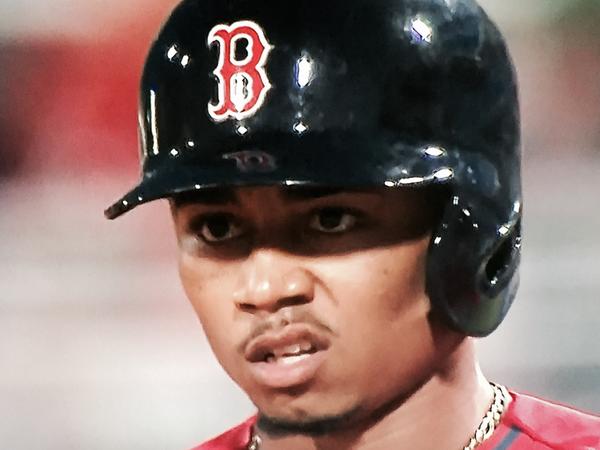 At this point, there’s nothing about Mookie Betts that surprises us. So when the guy robbed Bryce Harper of a home run with a Dewey-esque snag over the bullpen gate, then cranked his own line drive into the Monster seats within the span of twenty minutes, we just shrugged, said, “Mookie being Mookie,” and poured another whiskey.

For those who might have missed Mook’s catch, here it is again in shitty Vine form:

As if that wasn’t enough — and on Fenway Opening Day, you can never have too much of a good thing — Mookie also pulled a slick double steal that was so heads up, it took my booze-soaked brain about 20 minutes to comprehend what had happened.

So on a day in which the Red Sox scored 9 runs to win the game, Mookie knocked in four of them. And prevented the Nats from getting another two on his home run steal. That’s a good day at the office.

Were it not for Mookie’s heroics, the one shining takeaway from yesterday’s game would have been Pedro Martinez, Red Sox Nation’s Ambassador to All Things Good and Awesome, hugging his way through the family of Opening Day honoree Pete Frates. It brought me to the realization that I’ve reached the age where pretty much everything Pedey does moves me to tears. In a good way. 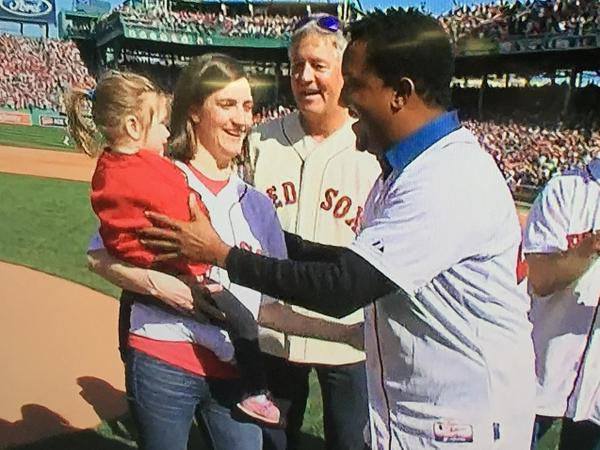 Next post Xander and the Red Sox Make the Last Splash