Bogaerts the Hero of the Longest Red Sox Game Ever 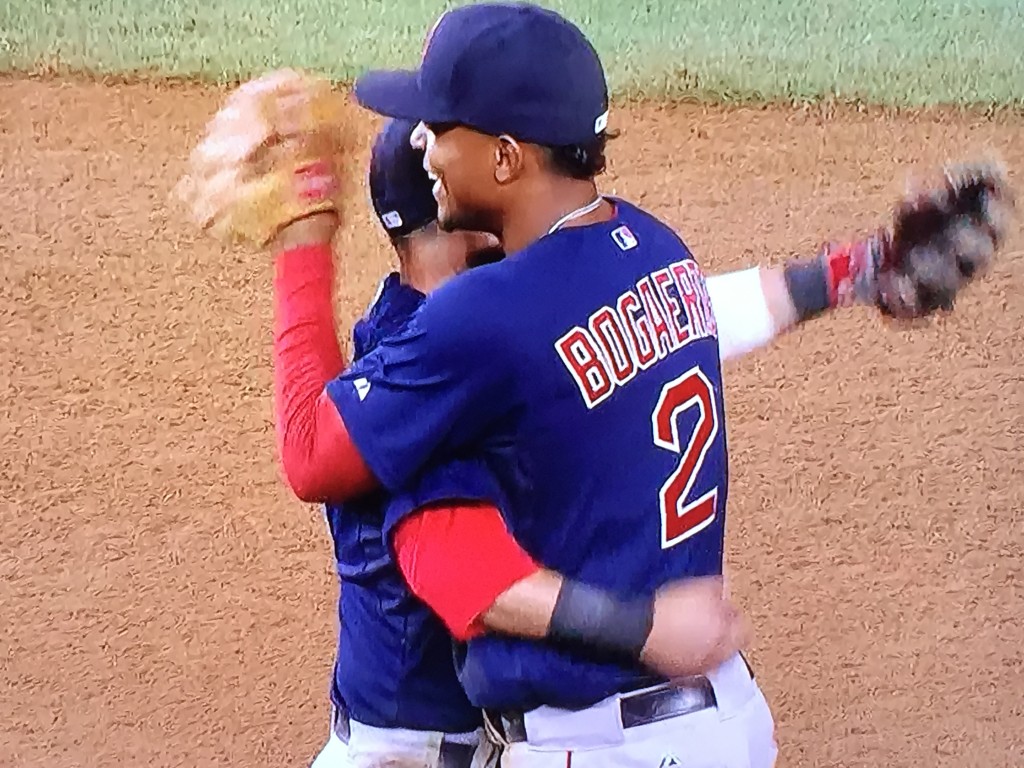 Last night, as the Sox/Yanks game hit the halfway mark, I looked at my watch and realized we’d only been playing for little more than an hour. With the Sox seemingly in control, I’d already mapped out how I’d fill the rest of my evening — a plan that included binge-watching Daredevil on Netflix, grilling a few steaks and finding out how many Chinatown hookers it takes to fill a 1992 Camry.

Shortly after that, Edward Mujica served up a ninth-inning, game-tying home run. And the steaks and hookers would have to wait.

What followed turned into the longest game in Red Sox history–something I clearly didn’t sign up for when I flipped on NESN at 7:00pm. Throughout the course of 19 innings two things were clear: neither the Sox or Yankees really seemed to want this one, getting close to but never quite burying their opponent, and my reserve stash of beer is for shit. Seriously, if the world was hit by a supervirus last night and we were forced to live indoors for a month, my existence would be alarmingly alcohol-free.

Anyway. Despite the best efforts of Ortiz, who launched his first home run of the season to give us a short-lived lead, and Xander Bogaerts, who had four hits in extra innings, the Sox’ inability to close the deal was infuriating. In total, they blew the lead three times but I was too looped on beer and Pepperidge Farm cake to throw shit. In fact, most of the game became a blur; by my count, Xander was stranded at second base by a Mookie Betts strike-out roughly 23 times. But it might have only happened twice. I was beyond delirious after a while. I just wanted to see a win. After all that time investment, I somehow felt entitled to it.

That win finally came around 2:15am, east coast time. Once again, X got a lead off hit, but this time he wasn’t stranded; he ended up getting knocked in on a Mookie sac fly. But X wasn’t done. In the bottom of the nineteenth, he sparked a game-ending double play that secured the win and, mercifully, let us all go to bed.

The game took over seven hours to play. But it ended on a bang-bang play:

Mad props to Xander. After the first two games of the season, the local scribes were convinced something was amiss. Hell, I think he inspired at least one 10,000 word essay on what’s wrong with him. After. Two. Fucking. Games. After seven hits over the last two games, please just let the kid play ball.

Oh, and last night also spawned my most popular tweet ever. Go figure.

Just to give you an idea of how long this game has dragged on, this is the bat boy. #redsox #yankees pic.twitter.com/rLNFJKIFVJ

Next post Red Sox and Yankees? Simply No Comparison.