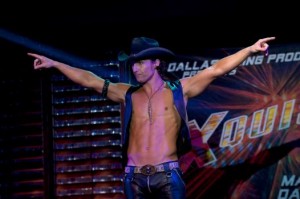 The highlight of today’s game was the celeb sighting of Matthew McConaughey in the stands at Fenway Park. See the full interview here and enjoy Matt’s pronunciation of Woo-ster.

In game news, the Sox had their asses handed to them by one of the few teams with a worse record than they have. The key play in this one was a reversed call on a double-play that extended the inning and led to a grand slam. All this after Cespedes butchered a routine fly ball in left.

John Farrell argued the double play reversal with possibly the worst defense ever – that it was a “neighborhood play.”

John, John, John…the neighborhood play is bullshit. The reversal was the correct call. Farrell’s anger should have been focused on Cespedes for botching an easy out, Bogaerts for being too casual on an easy double play and for Kelly for sucking after the reversal.