Trading Crawford, Beckett and Gonzalez: The Gift That Keeps On Giving 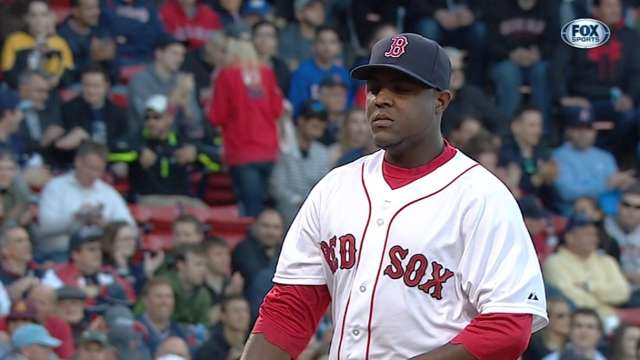 At the time it happened, the trade of Carl Crawford, Josh Beckett and Adrian Gonzalez cleared some overpaid, non-performing detritus from our coffers. And, for the most part, seeing those smug mugs sent packing was reward enough.

But it’s good to see that trade still paying dividends for us, a year after winning the World Series. Rubby De La Rosa, who was part of the package of players Los Angeles flipped our way in exchange for the Billion Dollar Quartet (including Nick Punto), has proven more than just a terribly cool name. He’s been a pretty solid addition to our rotation.

Last night, he turned in another fine performance, limiting the Royals to five hits and one run through seven. There were a couple squirmy moments, including four walks and a wild pitch, but he recovered nicely each time danger lurked.

And while we’ll certainly take his 3-2 record and 2.64 ERA, his record at Fenway is particularly impressive. Pitching at home, De La Rosa is 3-0 with a 1.38 ERA.

A wise man once said that you can never have too much pitching, and he was right. Having De La Rosa in the house — and let’s not forget Brandon Workman, who was in fine form last night in Pawtucket — gives the Red Sox greater depth and something of an edge down the stretch run. Assuming, of course, there’ll be a “stretch run” for us.