Lester and Gomes to Oakland, Cespedes to Boston. City Starts Drinking at 10:00am. 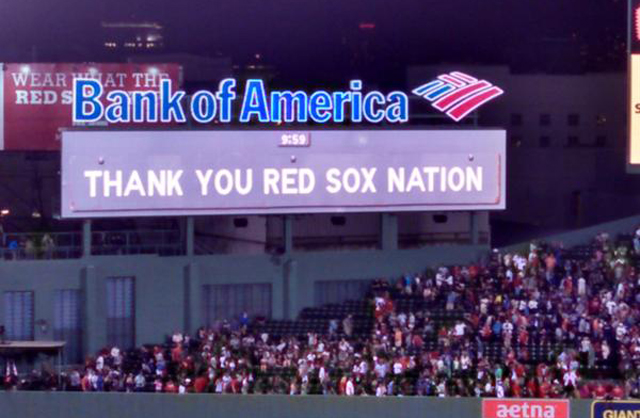 If the Red Sox needed any reminder of how important it is to have a proven ace to anchor your rotation, it came during the first inning of last night’s game against the Jays. Brandon Workman walked the first two batters and never really looked back as he set the auto-pilot to “suck,” put down the roof, cranked up the Steppenwolf and stepped on the gas. When the dust cleared, he gave up five runs over five innings — “that’s like a run every inning” (in Napoleon Dynamnite voice) — which, as we well know, is far too steep a chasm for our offense to overcome.

I bought tickets for last night’s game thinking it might be Jon Lester’s swan song in Boston. Then they announced the man had been scratched, replaced by Workman. After watching that shitshow last night, I dreamt — aided by Ambien and mucho beer — that the Sox had a change of heart, realized their mistake and the dire straits we’d be in if Lester walked, and signed the man.

But… it didn’t happen. And now it’s official: the Sox have moved Lester and Jonny Gomes to Oakland for Yoenis Cespedes.

It’ll take a while for this to sink in, but at first glance, I’m not disappointed in this trade. Cespedes gives us a bat with power that is a known quantity and far and above what we thought we’d be getting — namely a pack of highly-rated prospects who we really know nothing about. Get him here, let him pal around with Ortiz and Xander and Koji and Pedey and get used to the city and make the last couple months of the season fun. Watching him drive some bombs out of Fenway will make the slow spiral down the toilet a little more enjoyable.

And even though a lot of people say it’s not happening — in fact, I think EVERYONE is saying is not happening — there’s a weird part of me, somewhere behind my pancreas, that wonders if the Sox don’t have some kind of plan in place to re-sign Lester in the off-season. Yes, I know it’s a pipe dream. F$%k, it’s a crack pipe dream. But I’m hitting it, brother. Hitting it real hard.

Meanwhile, big thanks to Jon Lester for making being a Red Sox fan more wildly rewarding than I ever thought it could be.

And for Gomes: glad you finally got your ring. It was great to have you, Ironsides.

Previous post Red Sox Management Has a Plan for Jon Lester. I Hope.