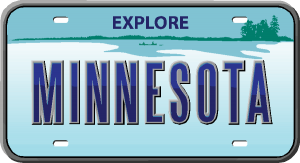 The Red Sox have finally battled back to the point they can hold their heads high and call themselves a winning team. Now, I’ve never been one to tolerate any of the pre-2004 “curse” talk, but seeing their record sitting at 19-18 is a little freaky. The good news: the Red Sox travel to the land of…whatever is in Minnesota to play the Twins. This series has sweep written all over it, and if the Tigers can do us a solid, we might be looking at first place.

In lieu of any meaningful stats or baseball-related stuff, the staff has done some research and come up with the following fun facts about Minnesota:

So there you go. All that and a crappy baseball team too.