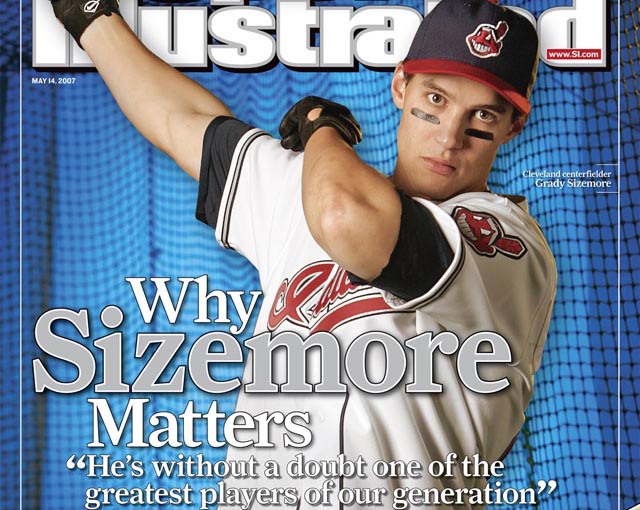 Ten years ago, in January of 2004, Red Sox Nation was still reeling from the nutsmack that was game seven of the 2003 ALCS. And the mere mention of the name “Grady” could push me to homicidal rage.

Today, everything’s different. We’ve got three World Series titles tucked under our belts. I sleep easier after a Red Sox loss, no matter how harrowing. And my blood alcohol content doesn’t hit the red zone until August.

Still, I did a bit of a spit take when I heard reports of “Grady coming to Boston.” Thankfully, it turned out to be Grady Sizemore. Not Grady Little. Or that guy who played Grady on Sanford and Son.

Once one of the most promising youngsters in the game (SI called him “the greatest player of our generation” and I believe Bob Dylan wrote a song about him), Sizemore was beset by injuries that eventually knocked him out of baseball in 2011. The Sox got him for a mere $750,000, but his total take could reach $6 mil if he hits certain performance milestones — your classic “low risk, potentially high reward” signing. On the plus side, the guy’s a gamer, and the sort of person you’d want to root for, kinda like when the Sox signed Rocco Baldelli a couple years back. Grady’s also familiar with John Farrell, who worked in Indians player development back in the day.

If Grady shits the bed, we’ve lost very little (see what I did there?). But if he can come back, defy the odds and contribute at a high level, then that’s the feel-good story of 2014. Right after we get our rings.