Revenge of the Bullpen 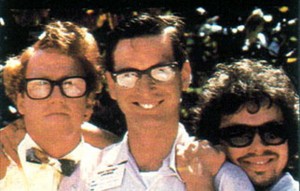 Just two nights after looking like they were pitching batting practice for the Rays, the quartet of Tazawa, Breslow, Uehara and Bailey shut down Tampa to preserve a 2-1 Red Sox win. The Fab Four combined for three innings of shut-out, no-hit baseball and struck out seven. Keep in mind, they were saving the W for Alfredo Aceves, so fear for the lives of their families acted as their motivation.

The offense could only muster five hits, but on of them was a two-run homer off the bat of Nava, scoring Ellsbury. Ells has an eleven game hit streak and is stealing bases like a cat burglar. A really fast cat burglar. The Sox have somehow become the American League wrecking machine, two-and-a-half games on top of the East and maintaining the best record in the AL.

Meanwhile, the Bruins are about to start overtime number three and I have drank myself sober but have been speaking in tongues since the end of regulation. There is beauty in alcohol.