Remember This Loss In September 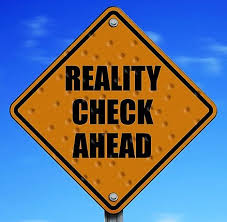 Remember when you were a kid and you had that hand-me-down bike that was too big for you and you’d go off a curb and slip off the seat and slam your nuts on the metal bar? That’s pretty much what last night’s game felt like. Also, it felt like every pre-2004 tough loss. I hope we’re not looking at the standings in late September and being a game out of the playoffs.

There is no worse way to lose a game than to have your closer blow a two-run lead in the ninth, other than to lose it on a bad call by the umpire. We got the two-for-one deal last night when Hanrahan appeared to strike out McLouth to end the game. Twice. Home plate ump Cory Blaser disagreed. The next pitch was a 50-foot bouncer to score the tying run, and the pitch after that left Fenway in a hurry to make it 8-5 Orioles.

A fitting end to the mythical sellout streak, I guess. Time to start a new streak, plenty of great seats available. Buy Red Sox tickets and you can say you were there when the next streak begins.

I love the way the team has been playing and I’m willing to write this shitfest off as an aberration. The game after a nutbuster loss like that is key. A win erases some of the pain and shows the team has some resilience. A loss, well, than it could be deflating. Weather permitting, we get Aceves. I’m praying for rain because if the team has a weak link, he’s it.

Previous post Game Time. And a Chance to Get Paid.