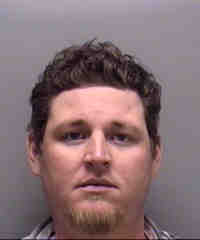 The magic of the Bobby Jenks era continues. After his stellar 15-inning, 6+ ERA 2011 campaign, Jenks spent the winter battling health problems (including a pulmonary embolism, which sounds a little worse than a hammy strain). He finally had the back surgery he needed, and ended up back in the hospital with complications.

With all that behind him, what better way to enjoy a spring evening in Florida by watching some exotic dancers, smashing into a couple of cars in the bar’s parking lot, and getting arrested for DUI?

According to the police report, Jenks was at a Fort Myers bar called Babe’s. He allegedly struck two vehicles in the establishment’s parking lot while driving a white Mercedes Benz SUV.

Jenks was stopped by police a short distance from Babe’s at 2:35 a.m. and admitted to erratic driving and striking the two vehicles. He claimed he had taken “too many muscle relaxers.”

Jenks, according to the police report, had trouble speaking, was shaking uncontrollably and had dilated pupils with glassy eyes. He agreed to a field sobriety test that officers said he failed.

Ah, the old “too many muscle relaxers” defense. I’m a little surprised he didn’t just say “someone slipped me a Mickey.” I guess we can be thankful he didn’t kill anyone. The name of the bar was “Babe’s?” This could set up a nice curse angle and possible sequel for CHB.

Next post Ladies and Gentlemen, Your Third Place in the AL East Boston Red Sox

Previous post The Tried to Make Daisuke Go to Rehab, He Said No, No, No. Then Relented and Disappeared for What Seemed a Decade.