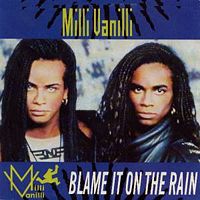 I can’t stand the thought of a rain-out tonight for a couple of reasons. First, I’ve been on a week-long bender since the Orioles series started and another night pondering the demise of the Red Sox might just throw me into liver failure. Second, this team can’t play a double-header on Sunday with the likes of Wakefield and Lackey starting the games, they’ll be down to position players and clubhouse towel boys on the mound by the sixth inning of game two.

My money’s on Jon Lester or my 30-pack of Black Label to get me through this night.

Next post Backing Into the Playoffs: Every Bit as Acceptable as Admitting You Like that "Muskrat Love" Song

Previous post The Cashman-Headwarmer Dialogues: Because Everything Is Always Revealed at the End of the Season