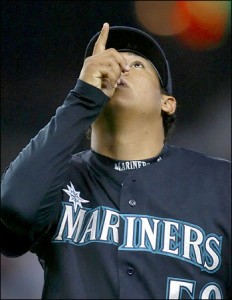 They got this one right. Felix Hernandez is the 2010 American League Cy Young Award winner. His 13 wins and 12 losses are irrelevant: he was the most dominant pitcher in the AL, if not all of baseball. In seven of those 12 losses, Hernandez gave up three runs or less. In ten of his starts, the Mariners were either shut out or held to one run.

Boston.com goes deeper into the numbers so I won’t bore you with the details. Jon Lester finished fourth in the voting behind David Price and C.C. Sabathia.